The passengers were forced out of a KSRTC bus at Manacaud near Thiruvananthapuram while a driver was injured when alleged hartal supporters pelted stones at a KSRTC bus in Thrissur.

THIRUVANANTHAPURAM: “We had to cancel a lot of trips and the public chose to stay indoors. So, our revenues were badly affected. We will get an exact picture only by Tuesday morning,” he said. Meanwhile, passengers were forced out of a KSRTC bus at Manacaud near Thiruvananthapuram while a driver was injured when alleged hartal supporters pelted stones at a KSRTC bus in Thrissur. The rear glass of an RTC bus was shattered in an attack by two-wheeler-borne assailants near Sasthamkotta in Kollam district.

Thampanoor central depot witnessed cancellation of several long-distance buses. The KSRTC officials had to pacify the agitating passengers who demanded instant refund of their tickets. KSRTC customer relations manager M Prathapa Dev said the department will refund the full amount to those who were affected by service cancellation.

“Barring the nominal amount that has been paid as reservation fee, the rest of the amount will be refunded fully. The transfer process, however, will take 7-10 days for completion,” he said.Though KSRTC bosses had sought protection for operating its buses, the police presence was largely ineffective in containing the fury of the agitators.

Shop owners and traders partially responded to the hartal call and in certain pockets of Thiruvananthapuram, Kannur and Ernakulam, tension prevailed after confrontations broke out between the hartal supporters and the traders. Various traders’ fraternity had earlier announced that they won’t cooperate with the dawn-to-dusk hartal. 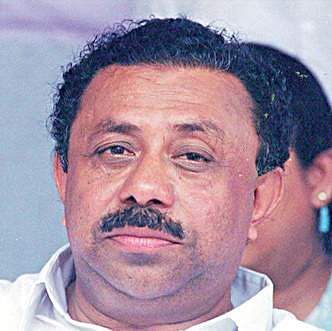 Kannur: KPCC chief M M Hassan on Monday sought to equate PM Narendra Modi with Chief Minister Pinarayi Vijayan on the issue of Dalits’ harassment saying the two are completing with one another  in this regard. Inaugurating the Congress’ protest meeting to express solidarity with the AICC’s nation-wide hunger strike against the injustice perpetrated on Dalits,  he said both Modi and Pinarayi are known for their autocratic style of functioning. “The BJP is trying to implement the agenda of upper class Hindutva in the country. Several hundred Dalits were killed in the country after the BJP came to power at the Centre. The welfare schemes for Dalit upliftment were sabotaged under the BJP rule. The CPM is treading the same path and the cancellation of the previous UDF Government’s order to give land to Chithralekha, a Dalit, is the latest instance of the Marxists’ anti-Dalit stance,” he said.

KRLCC condemns arrest
Kochi: The Kerala Region Latin Catholic Council (KRLCC) has condemned the arrest of Gothra Mahajansabha convener Geethanandan and other leaders. “Though Kerala had witnessed several hartals in the past, the police had never taken anybody into preventive custody before. The representation of Dalit groups in the government and bureaucracy is limited. In this wake, the hartal should not
have been suppressed,” said KRLCC spokesman Shaji George.

A cheap action: Antony
T’Puram: Congress leader A K Antony came down heavily on the state government for the curbs imposed on the hartal organised by Dalit organisations on Monday. He said the arrest of Dalit leader M Geethanandan was a ‘cheap’ action. “Several organisations have conducted hartal in Kerala. But the government’s negative stand Dalits shows its anti-Dalit stand. The state government is emulating Narendra Modi through such actions,” the veteran leader said after inaugurating the Dalit solidarity meeting on Monday.