Kannur native has a ‘brush’ with stardom

The PMO’s tweet said, 'Mr P Sijesh from Kannur in Kerala is running a successful unit where herbal tooth powder is made.'

KANNUR: Nostalgia. That sentimental longing for his homeland made Sijesh Poyil pack his bags and come back to Kannur. From Dubai. Five years ago. Nostalgia again played its part in turning him into a successful entrepreneur fortunate enough to meet Prime Minister Narendra Modi. On April 11, Sijesh became an overnight hero as a tweet from the PMO named him and mentioned his achievement as an entrepreneur.

The PMO’s tweet said, “Mr P Sijesh from Kannur in Kerala is running a successful unit where herbal tooth powder is made. He presented his product to the Prime Minister during the interaction with various Mudra beneficiaries.” 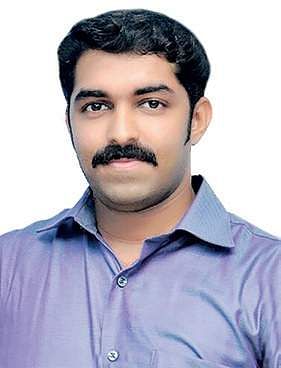 An excited Sijesh said over phone from New Delhi: “I just cannot believe my luck. How can an ordinary man like me from a village in Kannur think about meeting the Prime Minister and spending around two-and-a-half hours with him?”

The meeting held at the PM’s residence was arranged to felicitate around 100 beneficiaries of the Pradhan Mantri Mudra Yojana who have shown extraordinary commitment in scripting successful stories of entrepreneurship. Of the 110 people selected for the meeting, only four were from Kerala. The other three were Sreelal from Koyilandy, Vinod of Kozhikode and Venu of Wayanad. Sijesh had expanded his tooth powder after receiving a Mudra loan of Rs 8.5 lakh.

The financial situation at home having forced him to try his luck in Dubai, where he worked for three years as a security officer with Emirates Airlines, Sijesh flew back home in 2013.“The modern world and its added facilities have never been my priority in life,” said the 32-year-old.“My heart ached for the things I had left at home. The rain, rivers, temple festivals... I realised  I’m not made for a life outside my place.”
Like every Gulf returnee, Sijesh too wanted to start a of his own. Though he had continued with his pharmacy job, which he had left before going to Dubai, he was looking for something new.

“I used to clean my teeth with rice husk ash (Umikkari). But what was available in the market was not up to standards. So I decided to make a product of my own. After researching on it for sometime, I developed it and distributed it among my family members and friends. As they all appreciated the quality of the product, I decided to move ahead,” he said.

As the stuff he made with husk ash, clove, pepper and salt received appreciation, he had decided to produce it on a large scale. At this stage, the Positive Commune Entrepreneurship Club (PC) — a WhatsApp group for young entrepreneurs — stepped in. The association with PC changed Sijesh’s fortunes, for the people at PC helped him redesign the brand logo.

Armed with the group’s valuable inputs and the experience received by participating in the ‘Vijayi Bhava’ training camp conducted by Kochouseph Chittilappilly, Sijesh was out to reap more from his . By that time, he had given a name to his product — Shanthiz husk ash — which he had earlier sold without a name in a plain bottle.“Shanthi is the name of my mother-in-law,” he chuckled.

With a designer look and a brand name, Shanthiz husk ash has become a much sought after product. From a nameless, label-less product, Shanthiz now sells around 5,000-6,000 bottles in Kannur district alone. The price per 25 gm bottle is Rs 30 and Sijesh is keen on expanding to other districts as well.
Along with his family members, especially brother Dhanesh, sister Dhanya and wife Sajina, there are five women helping Sijesh make Shanthiz. He has a three-year old son, Sreehari.
Two years after the first bottle was produced, Shanthiz has now reached the hands of the Prime Minister too. Because Sijesh presented 10 bottles of Shanthiz to him during the interaction.

Stay up to date on all the latest Kerala news with The New Indian Express App. Download now
TAGS
Kannur native Modi