THIRUVANANTHAPURAM: BJP district secretary Saji alias Sanil Kumar was attacked by unknown bike-borne assailants at Thekkekotta under the Fort Police limits on Friday morning, igniting fears of another political brawl in the city. 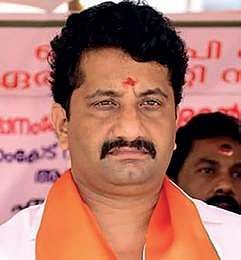 Saji, who represents Melancode ward in the City Corporation, was attacked by seven masked men while he was travelling in a two-wheeler with another party leader Prakash.While Saji received injuries on the back of his head and back, Prakash escaped unhurt.

T’Puram: BJP district president S Suresh on Friday accused the CPM of perpetrating the attack on BJP’s Thiruvananthapuram district general secretary Pappanamcode Saji. BJP leaders said several motorcycle-borne attackers assaulted Saji and Karamana area secretary Prakash at around 9.45 am in Karamana. Saji sustained wounds on his head. He was also beaten with iron rods, the they said. Saji was rushed to the PRS Hospital. He had earlier underwent a kidney transplant. However,  CPM Thiruvananthapuram district secretary Anavoor Nagappan said the party had no role in the incident. In a statement, he also flayed the BJP state president’s statement for blaming the CPM for the attack. “The allegation is part of a deliberate attempt to create political tension in the district,” Anavoor said.

Stay up to date on all the latest Kerala news with The New Indian Express App. Download now
TAGS
BJP