Manju Sara Rajan, who quit as CEO of Kochi Biennale Foundation  last month amid allegations of financial mismanagement, on Friday said she has great respect for the Biennale.

KOCHI: Manju Sara Rajan, who quit as chief executive officer (CEO) of Kochi Biennale Foundation (KBF) last month amid allegations of financial mismanagement, on Friday said she has great respect for the Biennale and she wants the country’s largest art exhibition to continue. In her first interview after quitting the post, Manju told Express she had raised ‘certain issues’ internally with the organisation. “I’m done with the Biennale. I have great respect for the Biennale. It’s an important event on Kerala’s cultural calendar,” she said. 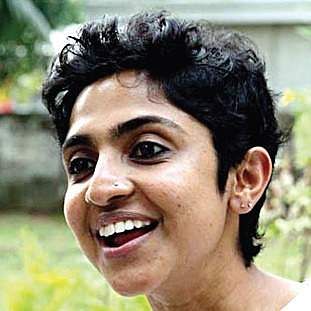 On the charges pertaining to misappropriation of funds, Manju said, “I can’t answer that. It’s an email which was leaked internally. I had raised certain issues internally with the right people,” Manju said. At the time of her appointment in November 2016, Manju was the KBF’s first CEO. Though preparations have begun for the fourth edition of KMB, which will get underway in December, the foundation is yet to name Manju’s successor. Mariam Joseph, KBF’s exhibition officer, had also stepped down with Manju.