The winners will take home 1.5litres of petrol. The small asterisk near announcement of the 'Special Prize' reads: The quantity is subject to change if the price rises further.

KASARGOD: The youths of Moodakulam, a hamlet in Mulleria, is organising a 'rural' cricket tournament to protest against the "unbridled" rise in fuel prices.

The winners will take home 1.5litres of petrol. The small asterisk near announcement of the 'Special Prize' reads: The quantity is subject to change if the price rises further.

The tournament is organised as part of the  DYFI Moodakulam unit's conference.

"We hit upon the idea to organise the tournament with petrol as prize after seeing the unbridled rise in fuel prices," said Shijumon Moodakulam, a member of the DYFI unit. 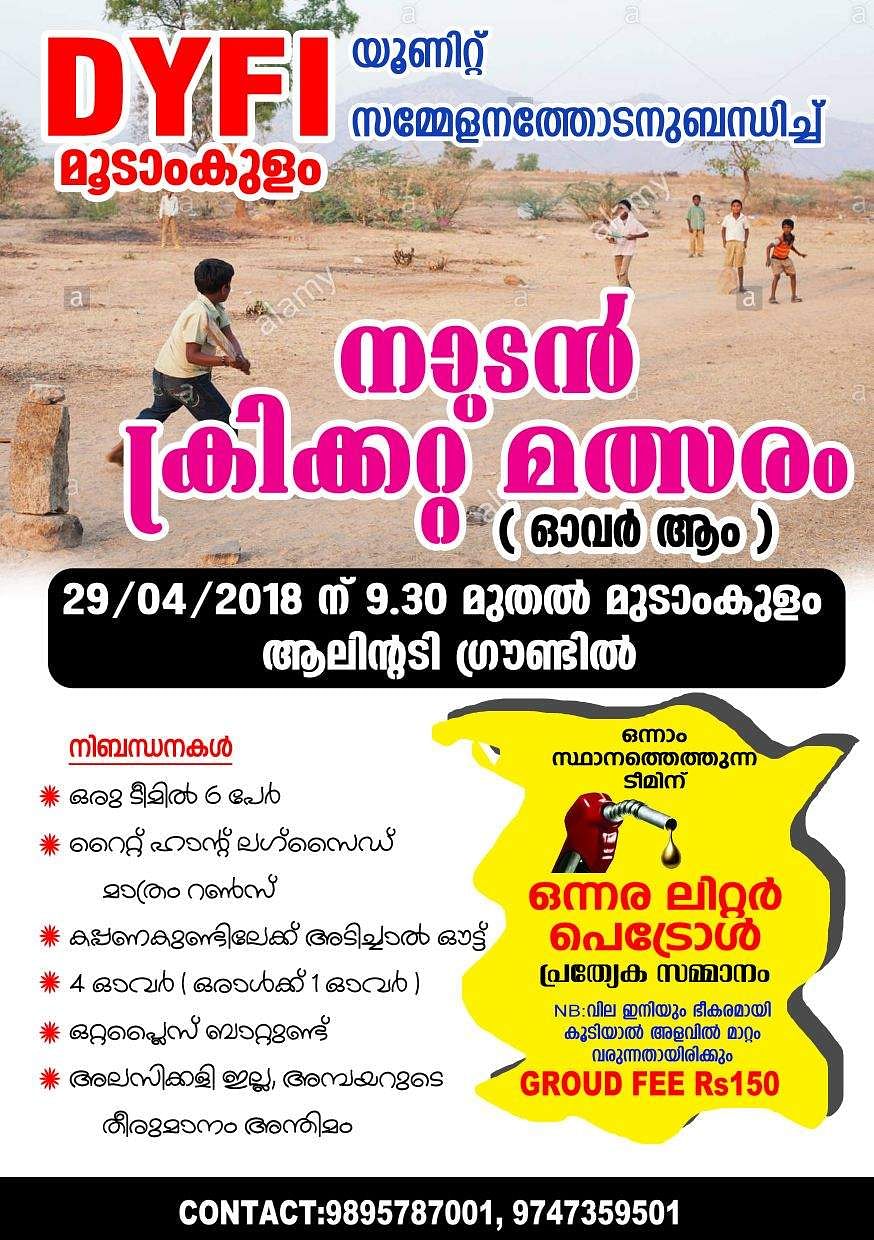 He is fuel prices were at an all-time high under the Narendra Modi-led govenment.

He said petrol and diesel prices were the highest in India among South Asian countries, and taxes account for half of the pump rates.

When the global crude prices were falling between November 2014 and January 2016, the finance minister raised excise duty on petrol and diesel nine times, to deny consumers the benefit of the lower rates, said the DYFI's Moodakulam unit. "The prices are on the rise, and we will be forced to shell out more," he said.

The Centre has asked the state governments to lower the VAT, but even BJP governments have ignored it, he said.

"People are being hit for a six every day by the Modi government and we thought cricket is a great medium to convey the message," said Shijumon.

For the record, the tournament would start under the banyan tree at 9.30 am on April 29.