When the civil services examination results were out on Friday evening, the topper from the state turned out to be Shikha Surendran of Ernakulam, who stood 16th at the all India level.

THIRUVANANTHAPURAM: When the civil services examination results were out on Friday evening, the topper from the state turned out to be Shikha Surendran of Ernakulam, who stood 16th at the all India level.

Shikha (roll no: 33943), who belongs to Kavanakudiyil House, Vadayampady, had Malayalam as her optional. Anjali S (Roll no: 4009) of Beypore, Kozhikode, stood second in the state bagging the 26th rank at the national level. Sameera S (No: 11598), of Palliparambil House, Deepthi Nagar, Muttambalam, Kottayam, bagged the 28th rank.

Other toppers included Ramit Chennithala, son of Opposition Leader Ramesh Chennithala, who bagged the 210th rank. Ramit had as his optional Public Administration. 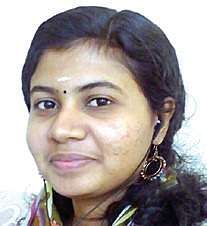 Kochi: With the UPSC results finally getting announced, Shikha Surendran from Ernakulam becomes the Kerala topper. The 24-year-old has won the rank in her second attempt and is quite thankful to all those who have supported and encouraged her. “In the first attempt I was not able to get through the prelims. It was shocking. I was always the class topper and to finally fail an exam was a shock. Now, I realise I was not ready then. Once I got into proper preparation, I was hopeful and now I am glad I have got the rank,” she said. On her future plans, Shikha said, “When I started the UPSC preparations, it was like an awakening. Now, my whole focus is on social service. My inspiration is my father and I aim to make him proud through my achievements. I will strive to aid the society to my utmost capability. I also believe that we need to produce more civil servants from the state.” Shikha did her BTech in civil engineering at Mar Athanasius College in Kothamangalam.

T’Puram: Cantonment House, the residence of Opposition leader Ramesh Chennithala, was not teeming with guests when Express reached there after news broke that his son Ramit had won the 210th rank in the Civil Services exam. Ramit’s phone was ringing continuously with leaders from various political parties calling him to congratulate him. While posing for photographs, his mother Anitha shared her joy with Express. “In fact, I am very much pleased with this feat as he can be an IPS officer with this rank. But he is sticking to the point that he would reappear for the Civil Service exam and would strive hard to keep the promise to his dad to become an IAS officer,” she said.

Former Google engineer is No. 1 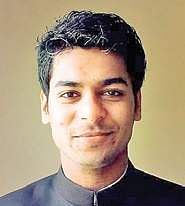 Hyderabad: Telangana boy Anudeep Durishetty topped the UPSC exams, whose final results were released on Friday. Durishetty also made history by becoming the first person from the state to have topped the Civil Services and is one of the handful of candidates from the two Telugu-speaking states to have achieved this feat. Durishetty is presently an Indian Revenue Service (IRS) officer currently serving as assistant commissioner (under probation) and is a native of Metpally in Jagtial district. He had earlier achieved the 790th rank in UPSC 2013 after which he joined the Civil Services as an IRS officer. He completed his B.Tech in electronics and instrumentation engineering from BITS Pilani. Before joining the IRS, Durishetty worked as a software engineer with Google.

Kozhikode: For a candidate who couldn’t clear the Civil Services prelims twice, Anjali S from Beypore was quite surprised when she bagged the all-India 26th rank and the second rank in the state in her third attempt at the highly competitive examination. A graduate in electronics and communication engineering from NIT Kozhikode, 25-year-old Anjali has been working as a design consultant with multinational firm Deloitte in Bengaluru. “Every time I failed, I redoubled my efforts and worked hard,” she said.