Deepa Nishanth in plagiarism row over a poem

Kalesh posted evidence to substantiate his allegations on his Facebook page.

KOCHI: Social activist and academic Deepa Nishanth who enjoys a huge following on social media, has landed in a plagiarism row after young writer S Kalesh alleged she has copied the lines of his poem, written and published seven years back.

Kalesh posted evidence to substantiate his allegations on his Facebook page. With Deepa failing to give a proper reply in this regard, criticism against her is on the rise on various social media platforms.According to Kalesh, the poem “Anganeyirikke Marichu Poyi Njan” was written and posted by him on his blog on March 4, 2011. “It was later published in ‘Madhyamam’ magazine. Some of my friends then sent me a copy of the All Kerala Private College Teachers’ Association (AKPCTA) magazine where I saw the same poem with the title “Anganeyirikke”. Some of the lines were slightly changed,” he posted on his Facebook. 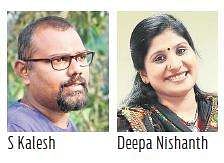 Kalesh told Express his poem was a well-appreciated one, read by many.“The person who copied my poem is a Malayalam teacher. She is liable to give a clear answer for using my poem in her name. My poem is my intellectual property. If she is not ready to declare it is Kalesh’s poem, I will go forward with legal proceedings against her,” said Kalesh.

Later,  admitting her mistake indirectly Deepa Nisahant posted on her Facebook that being a writer and a teacher she can understand Kalesh’s grief and anger in the matter.“I am also really sad beyond words since I am responsible for each and every word that came in my name. I am saying sorry and hope the issue will end here,” says the post. 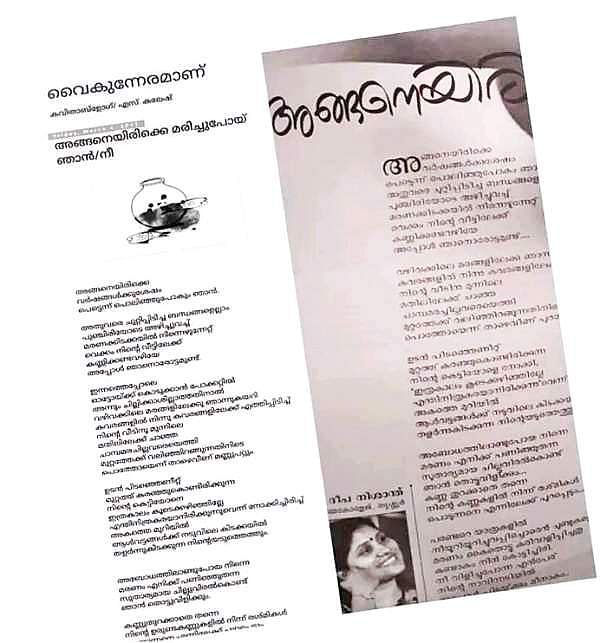