The state’s present solar power generation capacity is around 120 MW, which is growing with agencies like ANERT, KSEB and local bodies, acknowledging the potential of harnessing solar energy.

THIRUVANANTHAPURAM: If things pan out, the installed capacity of solar power generation in the state will touch 1,870 megawatts (MW) by 2022. The present capacity is around 120 MW, but it is growing with multiple agencies, including the Agency for Non-conventional Energy and Rural Technology (ANERT), the Kerala State Electricity Board (KSEB) and local bodies, acknowledging the potential of harnessing solar energy. 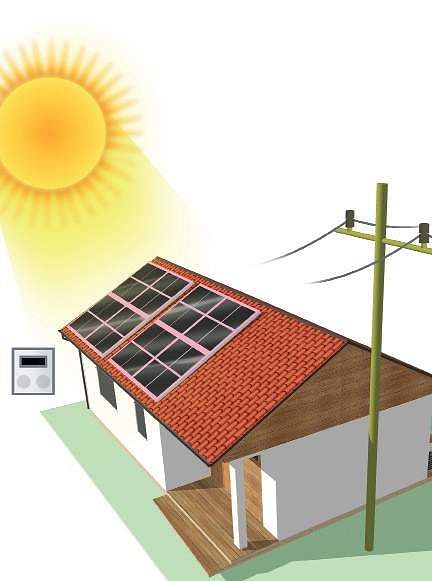 The total installed capacity of the state, all sources in the state included, is now just shy of 3,000 MW. The KSEB alone expects to complete 15 solar power projects with a total installed capacity of 9.2 MW in 2018-19. Majority of these are rooftop solar plant projects in schools, government buildings and local bodies. In addition to these, the KSEB has also launched paperwork on seven other solar power projects.
Of the 200 MW Kasargod solar project, a 50 MW component is already functional. Moreover, the KSEB has also given conditional clearance for purchasing electricity generated at the proposed 170 MW solar project planned by NTPC Ltd at Kayamkulam, according to Electricity Minister M M Mani. ANERT pursues three separate schemes for generation of solar power using rooftop plants.

ANERT is now promoting the Renewable Energy Service Company (RESCO) model in the state for encouraging government hospitals and establishments to take up solar projects. The big attraction of this model, which is promoted by the Solar Energy Corporation of India (SECI), is the government agencies will not have to make any initial investment.

“We have christened it ‘Jyothis.’ It is a grid-connected project and SECI-empanelled agencies will install the unit and take care of the operation and maintenance for 25 years,” ANERT director R Harikumar said.
ANERT also has two other solar power projects - Solar Connect and the Solar Off-Grid programme. Through its ‘Solar Connect’ scheme, it has so far achieved an installed capacity of 8 MW. The off-grid programme has achieved 13 MW installed capacity. Work is progressing on adding 6.4 MW, according to the Power Department.

The power department will be able to negotiate the summer months without power cuts, Electricity Minister M M Mani has said. The KSEB has tied up enough power to ensure smooth supply during the 2018 summer, he said in the Assembly. The government is also exploring all avenues for tapping renewable energy sources to increase power generation, he said.

Now we are on Telegram too. Follow us for updates
TAGS
KSEB