PATHANAMTHITTA: A day after the goof-up in its affidavit filed in the Kerala High Court came to light, where Lord Ayyappa was invoked for investing in the Dhanlaxmi Bank’s bonds, Travancore Devaswom Board (TDB) president A Padmakumar on Sunday said the Board will inspect how this faux paus appeared in the affidavit, and the Board’s meeting on Tuesday will discuss the matter.

“I have not seen the affidavit. I’ve have seen only media reports. I do not know why Lord Ayyappa’s name was invoked in the affidavit for the investment decision. However, I’m owning up the responsibility for this mistake. We will investigate how this has come in the affidavit,” Padmakumar told Express, adding that from now on all the affidavits will be seen by the board members, before they are filed. “We will see why such an affidavit was filed.” 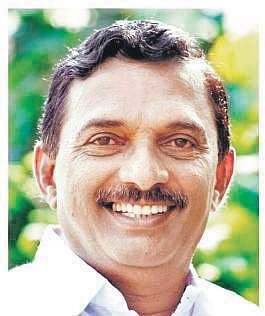 In the affidavit filed before the Kerala High Court, the TDB had invoked Lord Ayyappa for investments in Dhanlaxmi Bank’s bonds saying “the unprecedented flood and Supreme Court verdict on entry of women to Sabarimala had adversely affected the TDB’s finances. The administration is running from pillar to post for survival. In such a situation, it’s believed Lord Ayyappa had foreseen such calamities and paved the way for some kind of compensation by way of Dhanlaxmi Bank bonds.”

He was responding to criticism that the TDB had diverted money from the provident fund of temple employees and purchased bonds worth `150 crore issued by crisis-hit Dhanlaxmi Bank.