THIRUVANANTHAPURAM: KSEB will open the shutters of Banasurasagar dam in Wayanad if heavy rain continues in catchment areas, KSEB chairman N S Pillai said here on Friday. The board also clarified that five other major dams have water levels much below the maximum capacity.

The reservoir’s maximum level is 775.6 m. When the level reaches 773.9 m, which is the rule curve level fixed by the board, water will be let off in a controlled manner, Pillai said. During last year’s deluge, the sudden opening of shutters of the dam aggravated the flood in Wayanad. 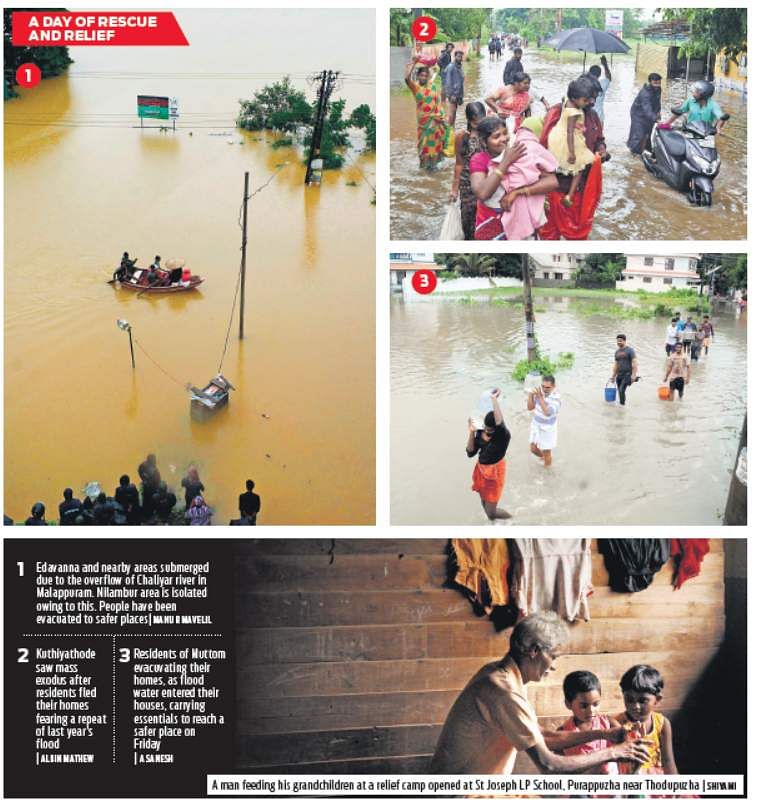 Shutters of Beechanahalli dam in Karnataka have been fully opened and water is flowing at a rate of one lakh cubic feet per second. If shutters of Banasurasagar are also opened all of a sudden, the total outflow would be uncontrollable, the KSEB chairman said.

“If rainfall continues in the same manner, a review will be conducted by the Board on Saturday morning on whether the shutters should be opened,” Pillai said.

Meanwhile, authorities are closely monitoring the water level of Malampuzha dam, managed by the Irrigation Department in Palakkad.

Major dams
Water levels of other major dams operated by KSEB such Idukki, Idamalayar, Sholayar, Kakki and Pampa - are far below the maximum levels. Even if the same quantum of rainfall continues, it takes days for the water level in the major dams to reach maximum storage levels, the KSEB chairman said.  KSEB has 59 dams of which only 17 have gates.

Now we are on Telegram too. Follow us for updates
TAGS
Kerala Kerala floods monsoon heavy rain KSEB Flood fury