Which way will the wind blow?

As the tribal communities constitute a large voting population in the constituency, three out of the seven Assembly segments, Mananthavady (ST), Sulthan Bathery (ST) and Wandoor (SC) are reserved for candidates belonging to the Scheduled Tribe and Scheduled Caste communities.

In 2009, the late Congress leader M I Shanavas was elected the first member from the constituency after he defeated M Rahmathullah of the CPI by a margin of 1,53,439 votes, the highest margin for a candidate in the 15th Lok Sabha elections in the state. However, the margin was reduced to 20,870 votes in the 2014 elections.

The seat has been lying vacant following the death of sitting MP M I Shanavas on November 21, 2018.
Considered a sure seat for the UDF, Congress and IUML leaders have an eye on the constituency in the upcoming elections. The UDF will try to convince voters that electing its candidate would ensure continuity of the development projects that Shanavas had undertaken in the constituency in the past 10 years.

They will also cash in on people’s sentiments following the demise of the sitting MP. Meanwhile, the CPI will be more confident as the margin of UDF victory was reduced to 20,870 votes in 2014 from 1,53,439 votes in 2009. They will highlight the failure of UDF in addressing the long-lasting issues in the constituency.

Lack of medical aid: A cause of concern
The lack of an advanced hospital facility in the government sector has been haunting the people of the district for the past several decades. Though the construction work of Government Medical College Hospital at Madakkimala began in July 2015, there has been no significant progress.

Sitting MP’s demise
The seat has been lying vacant following the death of sitting
MP M I Shanavas on November 21, 2018.

Agrarian crisis post deluge
Wayanad was among the worst-hit districts in the state in the deluge. Most of the farmers hadn’t insured their crops and large tracts of farmland were inundated. A lot of help was promised, but there has been little action to address the short-term and long-term impact of the unprecedented floods on the lives of the people, the economy of the region and the environment.

Tourism hit hard
The heavy rain and landslides it triggered had wreaked extensive damage to the tourism infrastructure in the region. Though tall promises were made to revive the sector, the tourism in the region is yet to recover from the scars left by the floods.

Night traffic ban
The people here allege the government hasn’t taken any effective steps to withdraw the 10-year-long ban on night traffic through the national highway that cuts through Bandipur tiger reserve. 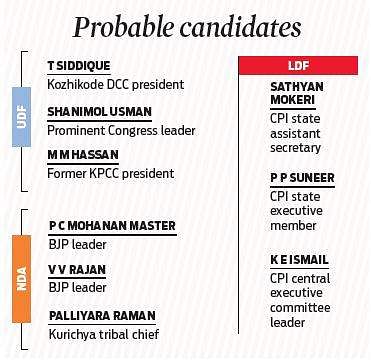 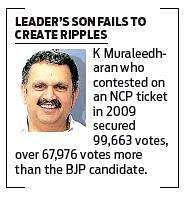