The indiscriminate felling of trees had made Attappadi a barren land by the 1980s.

By  A Satish
Express News Service

PALAKKAD:  The indiscriminate felling of trees had made Attappadi a barren land by the 1980s. It was in the late eighties that poetess Sugathakumari and a few individuals decided to convert a barren hill into a natural forest which is a living testimony of success and determination. They named it Krishnavanam in Bommiampadi, Attappadi.

“It was a bare mountain when we decided to make the place green. It was a total of 100 hectares and we availed as assistance `7.5 lakh from CAPART (Council for Advancement of People’s Action of Rural Technology). Now there is a river in the forest as well as all types of trees and animals. The Adivasis and other activists of voluntary organisations helped us plant the saplings,” said Sugathakumari. 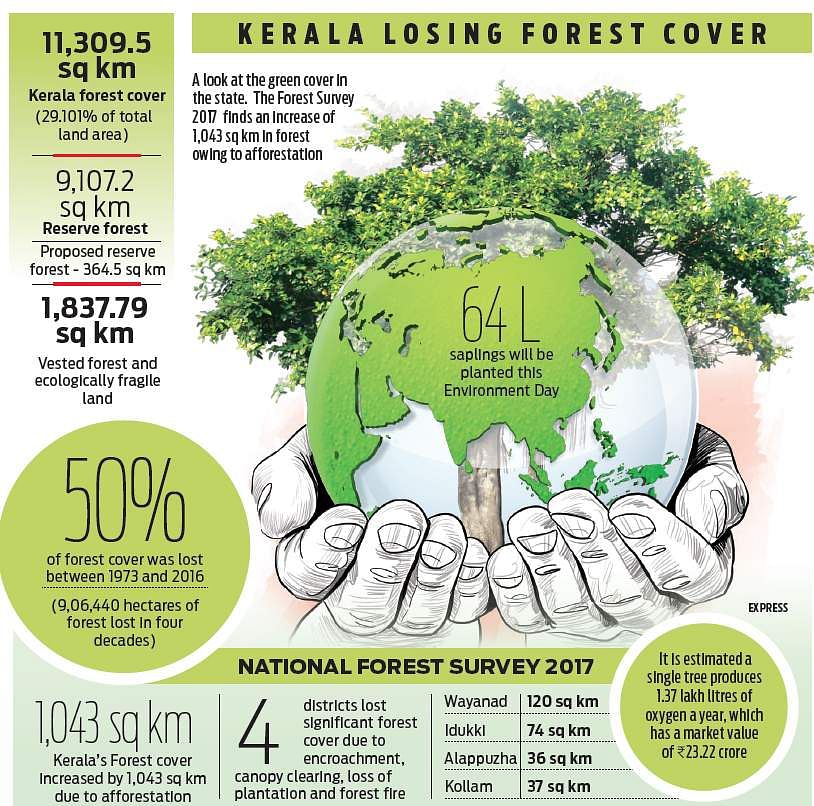 “Now there is adequate greenery and wildlife in Krishnavanam. Though wildfires are reported in summer, this forest has so far remained untouched,” said P N Unnikrishnan, the first director of Attappadi Hill Area Development Society (Ahads) and former Principal Chief Conservator of Forests who resides near Krishnavanam.

Sugathakumari had at that time played a key role in saving the Silent Valley forest (1978-83) which comprised 89.52 square kilometres and was located 45 kilometres north-west of Mannarkad town. The forest was the proposed site of a hydro-electric project. But the project was finally abandoned by then Prime Minister Indira Gandhi in 1983. The poem ‘Marathinu sthuthi’ (Ode to a tree) became a symbol of protest and often was the opening song of many ‘Save the Silent Valley’ campaign meetings. It was after these protests that Sugathakumari embarked on the Krishnavanam programme.

“The exact extent is 57.4 hectares. There are many trees like bamboo, Kanjiram (Strychnne), neem, Venga (Indian Kino tree) and a large variety of medicinal plants. The trees are mostly those which are found in deciduous forests. The wildlife includes elephants, gaur, deer, peacock, boar, tigers and the lion-tailed macaque,” said Rangan, one of the seven watchers appointed by the Forest Department in the area.

Now we are on Telegram too. Follow us for updates
TAGS
Krishnavanam Attappadi