KOCHI: Kerala is on a race and trailing just behind Punjab to become the state with the highest number of drug cases and arrest of drug peddlers in the country.

Latest data with the Ministry of Home Affairs shows Kerala with 7,477 arrests from 6,616 cases in 2018 was in the second place after Punjab which topped the list with 9,031 arrests from 7,869 cases.
The trend seems to be the same this year too in Kerala as around 25 NDPS cases are being registered on an average in a day in the state. On June 18 and June 19, the Excise Department registered 23 Narcotic Drugs and Psychotropic Substances Act (NDPS) cases. 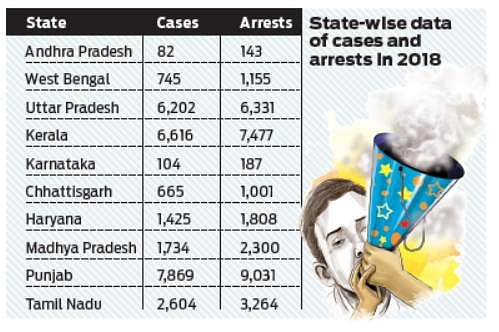 State Excise Commissioner S Ananthakrishnan said the number of cases has increased due to stricter enforcement of law and more vigilance from enforcement agencies. “We register a case even if the seizure is of small quantity. An analysis of the seizures made in the past two days shows we have registered cases after seizing 50 gm also,” he said.

While Punjab witnessed seizure of considerable volume of contraband items like hashish, heroin, opium and Codeine-based cough syrups, Kerala recorded maximum seizure of only ganja and a little hashish and heroin in 2018.

Officers said drug traffickers mainly prefer ganja in Kerala as it was quite easy to smuggle than hashish and heroin.

“We have been implementing multi-pronged strategies to prevent drug trafficking and include intensive preventive and interdiction efforts along known drug routes,” said a senior NCB officer.

Now we are on Telegram too. Follow us for updates
TAGS
Drugs substance abuse