Mullappally said Modi continued his political campaign by addressing party workers through video conferencing even when an Indian pilot is in the custody of Pakistan.

THIRUVANANTHAPURAM:  KPCC president Mullappally Ramachandran has said Chief Minister Pinarayi Vijayan should lay down arms for peace in the state. He said in 1,000 days of LDF rule, Pinarayi could boast of 29 political murders and nothing else had materialised. He said the Left government was trying to own up the projects commissioned and completed by the previous UDF Government in its account and said the LDF Government does not have any vision for the state except violence. 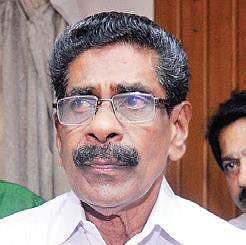 He was speaking at the conclusion of the Jana Mahayatra led by him which covered all 140 Assembly constituencies since February 3 from Kasargod. Mullappally charged Prime Minister Narendra Modi of playing politics and said Modi continued his political campaign by addressing party workers through video conferencing even when an Indian pilot is in the custody of Pakistan.

He said Modi has proved he does not care for the country or the soldiers as he was busy shooting for a documentary with a foreign channel immediately after CRPF soldiers were killed at Pulwama. Mullappally said Modi has not done anything for people of the country. He said both Modi and Pinarayi are two sides of the same coin and added both are failed administrators.

He said during the Jana Mahayatra he could find people waiting for a change in government. They were waiting in the scorching sun to hear Congress leaders, he said. “This was a clear indication as to where the wind is blowing in the general elections. People are waiting for the Congress to oust the Left Government of Kerala and the BJP Government at the Centre,” he said.

Stay up to date on all the latest Kerala news with The New Indian Express App. Download now
TAGS
Mullappally Ramachandran Pinarayi Vijayan