Kodiyeri Balakrishnan comes out against CEO

The CEO didn’t even care to listen to those against whom the allegations were raised and it is a denial of natural justice,” Kodiyeri told reporters here.

KANNUR: In the wake of the controversy over bogus voting in the district, CPM state secretary Kodiyeri Balakrishnan on Tuesday lashed out at Chief Electoral Officer (CEO) Teeka Ram Meena, saying he should not have fallen prey to the UDF campaign tactics on the issue.
“The CEO didn’t even care to listen to those against whom the allegations were raised and it is a denial of natural justice,” Kodiyeri told reporters here. 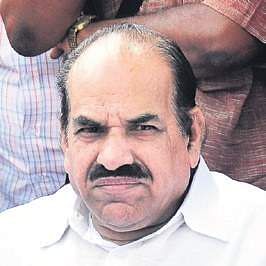 “The allegations that bogus voting took place in the booths in Kasargod constituency is only a ploy by the UDF and, the media and CEO fell easy prey to that campaign,” he said.
Kodiyeri said the CEO declared his verdict without even seeking an explanation from persons against accused. “A CEO shouldn’t take a decision based on media reports,” he said.

“On what basis is the CEO saying that a panchayat member has committed a crime? The CEO does not have the authority to disqualify the panchayat member. That right is bestowed with the State Election Commission. The CEO has acted beyond his capacity and the LDF will deal with the case legally,” said Kodiyeri.
“CPM is not against any sort of verification in this case. But it should not be a one-sided affair,” said Kodiyeri.

“The CEO says there is no system in the name of open vote. This is a vote polled by a helper of a voter who is physically incapable. This is being exercised as per for Form M 18. Now, the commission says they didn’t see any physically challenged voters. Did the electoral officer make any  arrangements to bring them to the booths?” asked Kodiyeri.

The CPM state secretary alleged the Congress had called for bogus voting in public. “The CPM had shown the video footage of bogus voting by the UDF. The Congress candidate asked the people to vote for those who are out of station. Why didn’t the EC take case against this,” asked Kodiyeri.
He also demanded the EC should check and verify the allegations of LDF in connection with the bogus voting issue.

Stay up to date on all the latest Kerala news with The New Indian Express App. Download now
(Get the news that matters from New Indian Express on WhatsApp. Click this link and hit 'Click to Subscribe'. Follow the instructions after that.)
TAGS
Kodiyeri Balakrishnan