Amidst the silence that pervaded the meeting, her husband Rudrakumar was still struggling to regain normalcy and also to accept the reality that she is no more.

THRISSUR: Usha couldn’t hold back her tears from the moment she came to know about the untimely demise of Dr Thulasi aka Thulasi Rudrakumar, a medical practitioner who remains close to the heart of thousands of residents of Pananchery panchayat.

“When she started the clinic around 30 years ago, what she charged was just R5. But she never accepted money from us. I used to work at her ancestral home as a housemaid, following the path of my mother and grandmother. We grew up together playing in the fields, plucking mangoes and cracking jokes. Not only for me, for all others who were in our colony, she was a real goddess,” said Usha in tears. 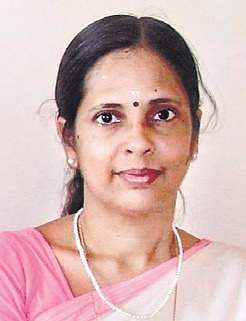 Not different is the emotion of each and every person who gathered in Pananchery on Tuesday to pay tributes to Thulasi.

An unfortunate event on April 21 took the life of Thulasi during a train journey at Delhi. While travelling in a train along with other family members, including her husband, Rudrakumar, Thulasi was pushed down from the train by a robber who tried to grab her bag. The entire panchayat was shocked to hear the news and couldn’t believe whether it was a reality.

Thulasi, who graduated from Kozhikode Medical College, started a clinic in Pananchery, which was the only aid for the poor people in the area. “It is that smile on her face which relaxes us rather than the medicines,” said Anitha, president of Pananchery panchayat. Sometimes, when the poor from the hilly region came to consult they would have already spent a hefty amount hiring an autorickshaw. “Instead of charging them for the consultation, she gave them money to buy medicines,” said Anitha.

“Despite having a Primary Health Centre here, people preferred to consult Dr Thulasi which itself is evident how caring she was. As we believe, the ‘kaipunyam’, the healing touch of the doctor, was her trademark,” said K Rajan, Ollur MLA.

Amidst the silence that pervaded the meeting, her husband Rudrakumar was still struggling to regain normalcy and also to accept the reality that she is no more.