The Thampanoor police have registered a case under the Foreigners Act against the man who claims to be of 47 years and bears the name Maluge Jude Shelton Dias.

THIRUVANANTHAPURAM: Officers from the National Investigation Agency (NIA), Intelligence Bureau and Military Intelligence have grilled the suspected Sri Lankan native who was taken into custody from the city on Saturday night for not possessing any travel documents. The questioning comes in the wake of the Easter Sunday blasts in Lanka. 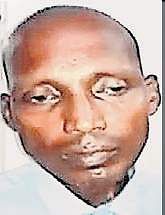 “Several other statements he has made too lack consistency. He appears to be mentally disabled,” said a senior officer from the State Special Branch. “He said the bag in which his travel documents were kept was stolen. But he recanted it later.”

Sources told Express the man said he had been to Nagercoil where he stayed with a paan vendor. He said he came back to Thiruvananthapuram two days ago.

The paan vendor could not be identified as the Lankan native was not able to recollect much.“He, however, said if he’s taken to Nagercoil, perhaps he could show the pan vendor. We might take him to Nagercoil in the coming days,” said sources.

Another intelligence officer said: “He might have been staying in the country for quite sometime and lost his mental stability of late.”