So far, no official record has been published regarding the total number of Coastal Regulation Zone violations in the state, says expert.

KOCHI: Not just five buildings under the Maradu Municipality violated the CRZ (Coastal Regulation Zone) norms, but over 2,500 buildings - both commercial and residential - have been constructed after flouting all the CRZ norms in the state.

“So far, no official record has been published regarding the total number of CRZ violations in the state. But when the KCZMA (Kerala State Coastal Zone Management Authority) did a cross check in the year 2014 it came to know that over 2,000 violations have happened along the coast line. Now, it may have crossed over 3,000. Though there is a rule to take prior permission from the KCZMA, most of the local bodies are turning a blind eye to it to support the builders. This mainly caused the rampant violations along the coast line,” said Dr Madhusoodhanan Nair, a former member of Kerala Coastal Zone Management Authority.

According to him, as per the CRZ notification 1991, no construction is permitted within 200 metres from the coastal line in CRZ III. “As per the notification, it was difficult to book a violation, but it changed with the implementation of the 2011 notification. It clearly mentioned who is the authority to take action,” Madhusoodhanan said.

Unfortunately, the unofficial data possessed by the KCZMA cited most number of CRZ violations has taken place under the ambit of Kochi Corporation and Maradu Municipality. As per the Vigilance report alone, around 42 major builders have constructed multi-storey buildings violating the CRZ norms.

“The builders have taken several methods to flout the CRZ norms. If they have received permission from the local body, they will seek a third person’s help to file a case after impleading the local body secretary and the builder as the opposite party. They will not include the KCZMA in this case. Normally, the court will issue the verdict in favour of the builders. Getting an unauthorised building (UA) tag is also part of such manipulation as they only have to spend a hefty amount as tax to the local body,” said Dr K V Thomas, a former scientist at the Centre for Earth Science Studies (CESS). According to him, despite the Ministry of Environment and Forest directing the local bodies in the state to submit a report of the violation, no such cases have been reported by the local body.

“It is sad to note no application from the district reached the KCZMA office regarding the CRZ violation. The builders have mainly opted for the grama panchayats for carrying out the illegal constructions along the coastal line. The construction at Cherai area is a real example of such cases. However, the Supreme Court’s verdict will be a boost for the KCZMA to go ahead with the procedures,” said a KCZMA member on condition of anonymity. 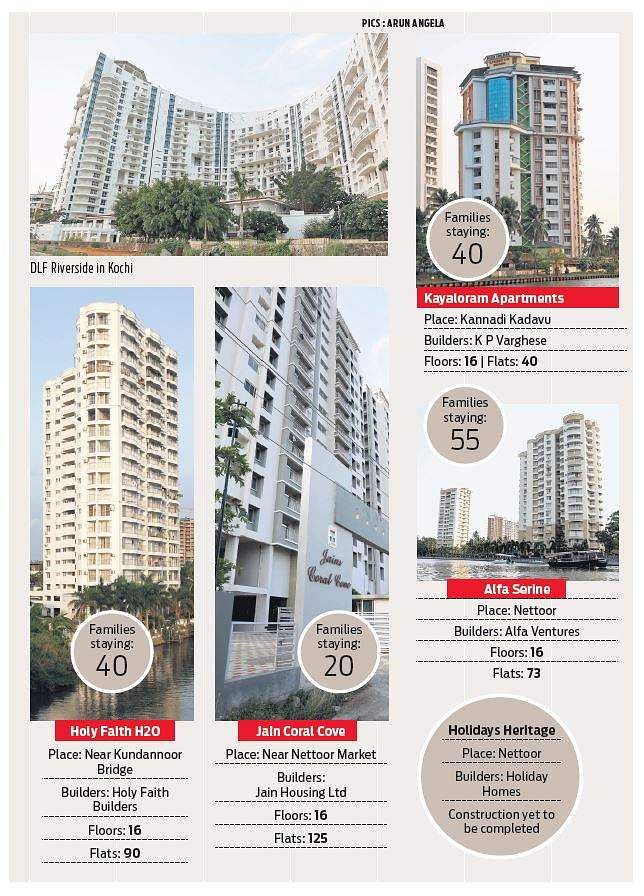 Stay up to date on all the latest Kerala news with The New Indian Express App. Download now
TAGS
Coastal Regulation Zone