Starting October 2, the state is set to take a giant stride in waste management. And those burning waste in the open and dumping refuse by the roadside will be penalised.

THIRUVANANTHAPURAM: Starting October 2, the state is set to take a giant stride in waste management. And those burning waste in the open and dumping refuse by the roadside will be penalised.
Though legal hurdles will prevent the state from severing its toxic relationship with single-use plastic items, it is learnt the government is planning to roll out a plastic buyback scheme within a few months.

“By October 2, the state will bring the curtain down on awareness programmes against littering. From that day onwards those who are engaged in open waste burning and wayside dumping of waste will be penalised under the relevant laws,” said T N Seema, Haritha Keralam Mission vice-chairperson.

According to her, the drive calls for people to make use of scientific waste management methods and desist from littering. 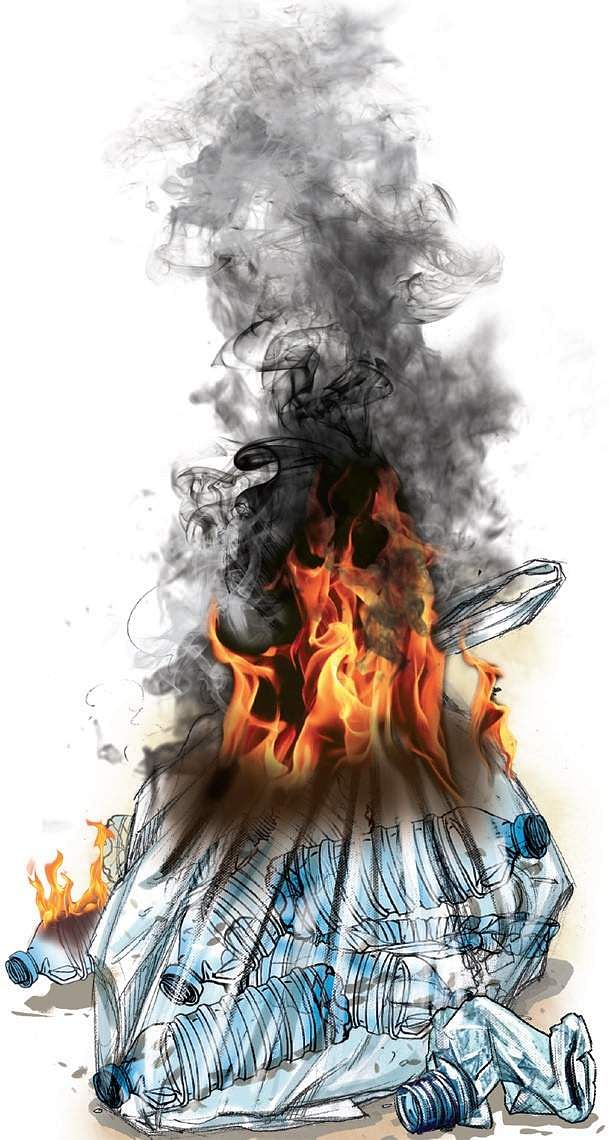 While the drive is not all about penalising offenders, a system will be put in place at the district level under the chairmanship of respective District Collectors to monitor waste management and address related issues.

However, LSG Minister A C Moideen’s office said  the government is yet to consider the idea of imposing a blanket ban on single-use plastics.  “A discussion on these lines was held some time ago. But it has now been put on the back burner after it was challenged before the court. The government backs the idea of shredding plastic waste and using the same for road construction,” said an officer with the minister’s office.

According to Philip P D, Suchitwa Mission director (operations),  the government is mulling legislation on extended producer responsibility on the industry to collect and recycle the plastic waste and introduce a plastic scheme to minimise the environmental fallout of waste materials. And the State Pollution Control Board will chalk out an action plan for the same, he said.