In a district with zero Covid death, 9 lives lost due to road blockade

On Sunday, 2 heart patients died in Kasaragod as they didn’t get access to tertiary care

KASARAGOD: Two more heart patients lost their lives without access to tertiary care in Kasaragod on Sunday. Nine persons have died since the beginning of the Covid lockdown on March 24 and the subsequent closure of the border by Karnataka at Talapady. The people in Kasaragod depend on the hospitals in Mangaluru but the Karnataka government has decided not to allow ambulances from Kerala to enter Mangaluru fearing the spread of Covid.

The persons who died on Sunday are Rudrappa (52), a native of Karnataka and resident of Hosangadi in Manjeshwar, and Yusuf Pavoor (58), a native of Thuminad in Manjeshwar. Rudrappa, originally from Karnataka, lived with his wife and schoolgoing son in Hosangadi, 10km from Talapady. He worked as a mason. “He had a heart block last year and was undergoing treatment at Omega Hospital in Mangaluru,” said a crime branch officer Ismail. 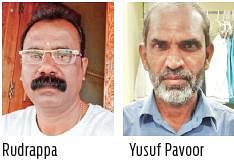 Sunday morning he developed chest pain and was rushed to a hospital in Kasaragod, 30km away, but with no heart specialist. He died on the way. A specialty hospital was available just 20 minutes away, but in Karnataka. Yusuf, a native of Thuminad — 2.5km from Mangaluru border — developed chest pain around afternoon, said his son Mohammed Ali (26). “But we had little choice but to take him to a hospital in Uppala. After the ECG, the doctor said rush him to Kasaragod,” he said. On the way to Kasaragod, Yusuf started sinking, but stopped by a clinic as a desperate measure. “The doctor asked us not to waste time and take him to Kasaragod,” he said. Yusuf did not survive the long journey. Ali did his schooling in Mangaluru and under-graduation in business management in Milagres College, Mangaluru.

“My grandmother’s house is right across the border at KC Road. We are more connected to Mangaluru,” he said.But on Sunday, it was shut for them. Seven other persons lost their lives without access to better health care, and all lived within 10km from the border. Shekhara (50), a resident of Hosabettu (10km from the border); Baby (60) of Kunjathur (2.7km); Hasainar (60) of Uppala (10km); Madhava (49) of Thuminad (2.4km); Ayisha (63), a native of Batwal but was living with his granddaughter at Udyawar (4.6km); Fathima (70), a native of KC Road in Dakshina Kannada but was living with her granddaughter in Kunjathur (2.7km); and Abdul Hamid (60), a resident of Kunjathur (2.7km) are the other persons who lost their lives without access to a tertiary hospital.Though Kasaragod has the highest number of Covid patients in Kerala at 137, the condition of everybody is stable and no life has been lost to the disease, yet.