As  the Covid-19 pandemic remains a global threat, several groups of NRIs from different parts of the world have expressed their wish to come back to India.

MALAPPURAM: As the Covid-19 pandemic remains a global threat, several groups of NRIs from different parts of the world have expressed their wish to come back to India. Among them is a group of 600 Indian medical students at the Nicolae Testemițanu State University of Medicine and Pharmacy, Chisinau, Moldova. Of the total students, 400 are Keralites.

Parents of the students in Kerala have requested the state and central governments to take immediate steps to evacuate the students from Moldova. The parents said that their children are living in fear of Covid-19 in the Eastern European country. Moldova, which has population less than that of Malappuram district, has so far recorded 1,289 Covid-19 cases. 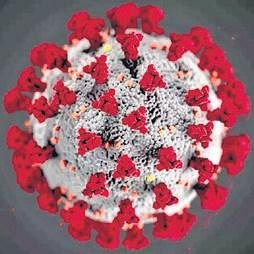 “My son Dahanish Roshan, 22, is a fourth-year medical student of the Nicolae Testemițanu State University of Medicine and Pharmacy. Of the total 600 students, some are staying in separate apartments and some are living in the university hostel. The university has asked the students not to go out of their apartments and hostels, but the students have to go out sometimes for food and other purposes. All our children are under fear of the infection and we ask the state and Central governments to airlift the students from Moldova,” said Muneer Bugari, father of Roshan. Bugari said the university will be closed till September and there is no reason for the students to stay in that country.

On the day, we will get to know the stand of the court and the Central government on bringing the students in other countries back to India. With our plea, we will bring the attention of the court to the risk being faced by the 600 students who are stuck in Moldova. We will also point out the health facilities in Kerala,” said Deepak Prakash, the Supreme Court advocate, who will appear for the parents in the case.