As fear of job loss, salary cut or denial of annual family ticket looms large, many feel they will be forced to send their family back home

THIRUVANANTHAPURAM: Ruble Raj, manager (academics and administration), Good Shepherd Public School, Changanassery, was caught unawares when he started receiving frantic calls from expatriate parents seeking admission for their wards. As the number of calls increased alarmingly, Ruble felt that a mass relocation of children, currently enrolled in schools in the Middle East to educational institutions in Kerala, appeared a distinct possibility.

With the fear of job loss, salary cut or denial of annual family ticket looming large, they feel they will be forced to send their family back home. However, the schools can’t simply give new admissions as such. According to the CBSE rules, educational institutions can increase sections only after a year-long procedure. “Admissions are full in the high school and higher secondary levels across the state. If a section has to be increased, the Centre has to take the call. 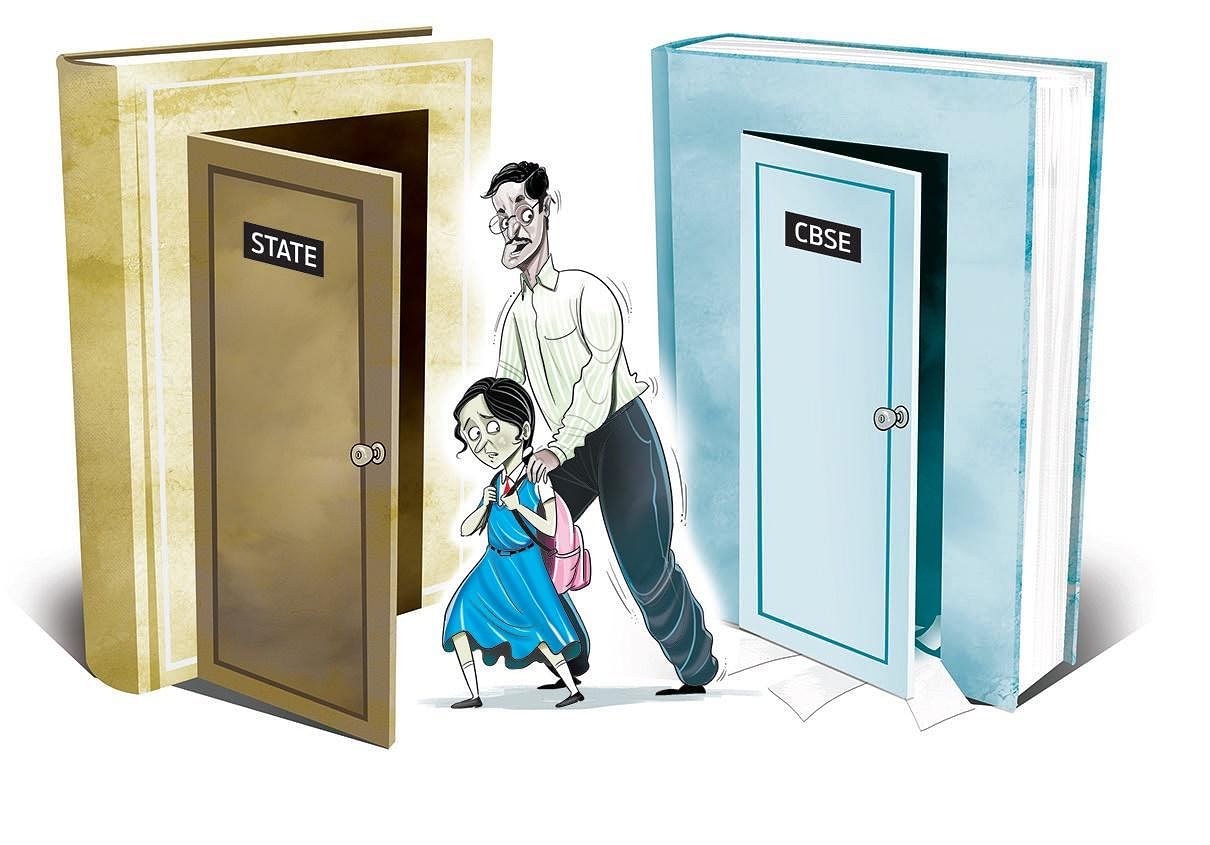 Only then will we be able to process new admissions,”said Ruble. Under the existing CBSE rules,  a section comprises 40 students. Veena Cherian, course coordinator at GSPS, said most expatriate parents are keen to pack off their children to Kerala to save educational expenses. “In case families have to relocate from the Middle East, men with jobs stay back as they may have availed themselves of bank loans and overdraft. Over the past few days, I have been getting calls from the UAE, Muscat, Doha, Saudi Arabia and Kuwait. We can’t guarantee them a seat now since we are not entitled to provide admission,” said Veena.

TNIE spoke to a few parents in Dubai and Sharjah in the UAE, as well as those in Kuwait. Cris John, employed as a teacher in a public school in Kuwait, is there on her husband’s visa. Unfortunately, he received his termination letter from the private accounting firm when the Covid-19 pandemic hit. “Even before the pandemic hit, we were feeling apprehensive. As feared, he received his termination letter a few weeks ago. There is nothing we can do now, but return home to Anchal,” said Cris, who is seeking Computer Science and Maths stream for her son’s 11th grade at GSPS.

For Sojan Abraham, Dubai, where he works as the sales manager of a private firm, has been his home away from home for more than two decades. He too expressed his anguish to TNIE stating that as of now he has not lost his job. But already the company has warned him of salary cut and cost-cutting measures including denial of family ticket.

The only solace now is that their children’s higher studies in CBSE schools will not be affected as feared. Indira Rajan, secretary general, National Council of CBSE schools, has shot off a letter to the board seeking urgent intervention in increasing the sections. Rajan told TNIE that she has approached the authorities and is awaiting an early decision in this regard. “The accreditation of 1,300 CBSE schools in the state was due to run out over this summer. We sought the board’s intervention in the matter on April 20 and we got  a confirmation giving us extension of the accreditation. Expatriate parents need not panic as the board is likely to make a timely intervention,” said Rajan.

Other than wait for the Centre to resume airline operations, there is nothing much the parents and children or the unaided CBSE school managements can do for now. Once they touchdown here, they will be in quarantine for almost 28 days before they can seek school admissions. The reopening date is not known now. (The names of parents and children have been changed on request)

Stay up to date on all the latest Kerala news with The New Indian Express App. Download now
TAGS
Kerala CBSE