With  Covid-19 positive cases continuing on an upward trajectory even 34 days after lockdown restrictions were imposed, the state government has started random testing across the state.

KOTTAYAM: With Covid-19 positive cases continuing on an upward trajectory even 34 days after lockdown restrictions were imposed, the state government has started random testing across the state. As per an order issued by the state government on Sunday, testing has been augmented in the state on the basis of the Covid -19 protocol, Kerala. The order states that 3,000 samples will be collected randomly from the general population in a day to conduct real-time PCR tests.

“The objective of the testing strategy is to detect any undetected Covid-19 positive cases among the general population in Kerala,” it said. People will be tested on the basis of a priority list prepared by the government in which samples will be collected according to a percentage fixed by the government. For example, 15 per cent samples should be of primary contacts of confirmed cases. 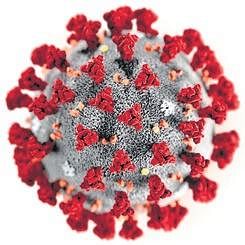 While same percentage each has been fixed for healthcare workers in non- Covid hospitals as well as field level healthcare workers, it has been fixed at 10 each for elderly persons, inter- state travellers and pregnant woman. Meanwhile, quarantined persons with co-morbidities above 30 years, secondary close contacts of confirmed cases in quarantine, contacts of travellers in quarantine are five per cent each.

The government has also entrusted district surveillance officers to plan properly as the collected samples should be transported to the designated laboratories based on the directions. The list for sample collection can be prepared based on the data available at the district level. Each district shall constitute sample collection teams, having a doctor, nurse, lab technician, and an assistant for the purpose.

Stay up to date on all the latest Kerala news with The New Indian Express App. Download now
TAGS
Covid-19 Kerala Coronavirus