After 130 persons of four old age homes in Ernakulam and Thiruvananthapuram tested positive for Covid-19, the state government has imosed in strict restrictions on facilities.

THIRUVANANTHAPURAM: After 130 persons of four old age homes in Ernakulam and Thiruvananthapuram tested positive for Covid-19, the state government has imosed in strict restrictions on facilities. While 95 people in three establishments tested positive in Ernakulam, 35 were infected at Kochuthura Santhibhavan in Thiruvananth-apuram. As per the new norms, no visitor will be allowed inside the facilities. Only one person will now be permitted to go out to perform essential matters. However, the person should not interact with others. 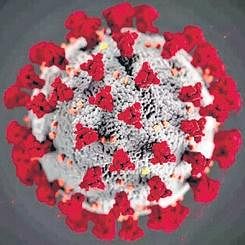 The social justice directorate has opened a new helpdesk (1800-425-2147) for senior citizens, which can be accessed between 10am and 5pm everyday. In addition, a 24-hour service will be available at the state government’s Disha Helpline at 1056. “The state has 16 government-run old age homes in addition to 561 private homes under the Orphanage Control Board. Most of the inmates are aged or suffer from serious illnesses. Therefore, it’s crucial on part of the establishments to ensure that there’s no spread of infection,” said state health and social justice minister K K Shaylaja.

“We had earlier issued instructions that inmates should not venture out nor outsiders be allowed in. But these norms were violated in a few private old age homes leading to the spread of infection. If such incidents are repeated, strict action will be taken against those responsible,” the minister said. In Ernakulam, a nun with one of the establishments associated with Karunalayalm Care Home in Thrikkakkara had died due to Covid-19. Following this, the infection was confirmed at some other establishments too.

Cases of infection were reported from SD Convent at Chunangamveli, and Samaritan at Pazhanganad in Aluva. In both cases, it’s estimated that outsiders brought in the infection. The government has strengthened preventive measures at old age homes where Covid cases were reported. Specialised treatment is being given for those who tested positive.

Stay up to date on all the latest Kerala news with The New Indian Express App. Download now
TAGS
old age homes COVID 19