With  the state currently in control of the fight against Covid, the Kerala Government has pitched for more intra-state and intra-district relaxations.

THIRUVANANTHAPURAM: With the state currently in control of the fight against Covid, the Kerala Government has pitched for more intra-state and intra-district relaxations. Following a high-level meeting here on Tuesday, Kerala has sought Centre’s nod to resume domestic air services, passenger trains, metro rail and bus services, adhering to health safety standards. 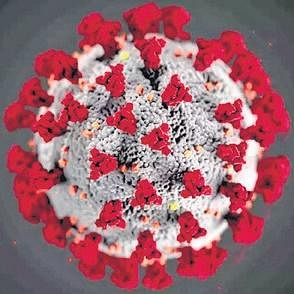 The state also wants to resume construction activities and open restaurants by ensuring social distancing. While passenger trains could be operated within the state, inter-state train services, other than special trains, should not be allowed at the moment, the state said. Quarantine need not be made mandatory for inter-district travel within the state.

Bus services can be operated within a district by limiting the number of passengers and following stringent safety measures. Inter-district bus services should not be allowed for now.Strict punitive measures, including cancellation of permits of those operators who violate safety precautions, should be taken. A hike in ticket rates should be allowed as the number of passengers would be less, the state said.

Kerala also wanted the Centre to ease curbs for commercial and industrial units to function in urban and rural areas, except those in containment zones. The state also wants to resume hospitality services.Three-wheelers can be allowed with just one passenger. Relaxations can be given in the case of families, the state suggested.After an early spike, the number of cases reported daily in Kerala has come down compared to neighbouring states.

Toddy shops to open today
Kochi: The toddy shops in the state, which have remained closed for the past 49 days due to the lockdown, are set to open on Wednesday.

Centre can decide on quarantine: HC
Kochi: The High Court has directed the Centre to take a decision on the state’s request to modify the guidelines that mandate 14-day institutional quarantine for expatriates.

Now we are on Telegram too. Follow us for updates
TAGS
Covid Kerala