Nearly  90 per cent of the 62 people who tested positive for the Covid-19 in the state on Friday had come from abroad and other states in the country.

THIRUVANANTHAPURAM: Nearly  90 per cent of the 62 people who tested positive for the Covid-19 in the state on Friday had come from abroad and other states in the country. The others include two jail inmates, two crew members of the Air India, a health worker and another person who was infected through contact. Ten persons under treatment recovered on the day. Stating that there was no cause for concern regarding the increase in the number of patients, Chief Minister Pinarayi Vijayan said this was expected when relaxations were brought in. 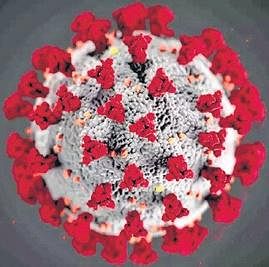 “The containment plan was made accordingly,” he said. “Just one among those who tested positive on Friday was infected through contact. We should now focus on preventing the spread of the disease through the infected. For this, we are increasing the number of tests,” he said. Of the new patients, as many as 33 had returned from abroad and 23 from other Indian states — 10 each from Tamil Nadu and Maharashtra, and one each from Karnataka, Delhi, and Punjab.

While Palakkad topped the list with 14 new patients, Kannur recorded seven more. Thrissur and Pathanamthitta reported six patients each, Malappuram and Thiruvananthapuram five each, Kasaragod and Ernakulam four each, Alappuzha three, Wayanad and Kollam two each, Kottayam, Idukki and Kozhikode one each.The two jail inmates were from the special sub-jails at Thiruvananthapuram and Neyyattinkara. A total of 231 people were admitted to hospitals on Friday. There are 1,24,167 people under surveillance. As many as 22 new hotspots were announced, taking the total to 101.

More from Kerala.
Now we are on Telegram too. Follow us for updates
TAGS
Covid-19 Kerala