They were radicalised on social media by the Pakistan-based terrorist organisation and were motivated to undertake attacks at multiple places including the National Capital Region.

KOCHI: In A covert operation, the National Investigation Agency (NIA) arrested three West Bengal natives, who were associated with a module of Al-Qaeda that planned terror strikes in New Delhi, from different parts of Ernakulam district early Saturday morning.

Mosaraf Hossen, Iyakub Biswas and Murshid Hasan were arrested during an hour-long operation which started at 2am.

In a simultaneous operation in Murshidabad, West Bengal, six other members of the Al-Qaeda-affiliated group were arrested. They are Najmus Sakib, Abu Sufiyan, Mainul Mondal, Leu Yean Ahmed, Al Mamun Kamal and Atitur Rehman, all residents of Murshidabad. In Kerala, the NIA, with the support of the state police, raided three houses — two at Mudikal near Perumbavoor and one at Pathalam near Kalamassery. Mosaraf and Iyakub, who stayed at different rented facilities, were arrested from Mudikal. Murshid was arrested from a rented house near Pathalam. NIA also seized mobile phones, laptops and documents from the trio.

The entire operation had started a month ago after the agency’s New Delhi-based intelligence wing, which is monitoring cyber activities, found that an Al-Qaeda-affiliated group in Pakistan was in touch with some persons in India.

After monitoring and tracking down their identity and locations, the NIA registered an FIR on September 11 in New Delhi. However, no details were released about the registration of such a case.

Following  a directive from NIA New Delhi, officers at the agency’s Kochi unit visited the places where the suspects stayed and monitored their daily activities over the past one week.

The time and date for the raids were fixed by NIA Delhi after sharing inputs with its units in Guwahati and Kochi. The NIA sought the assistance of the Kerala Police, but no information about its nature was provided.

At 1.30 am, around six NIA officials in two SUVs reached near Pathalam Junction and parked the vehicle a few distance away from the house where Murshid stayed. Police officials from the local police station also reached the place. Around 2.05 am, the NIA started the raid. 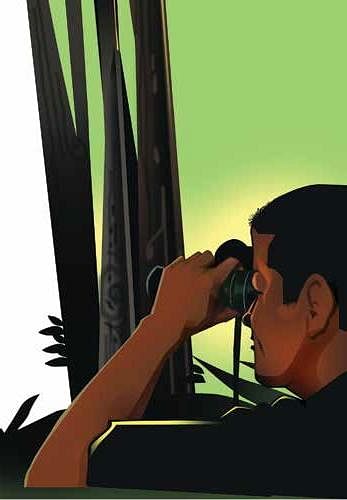 They took Murshid into custody and left the place by 2.20 am. At 2.40 am, four NIA officials in a vehicle returned and checked the house for nearly 15 minutes.

While one team was conducting the raid at Pathalam, the other two teams in four SUVs comprising 14 people carried out a simultaneous search at the rented houses in Mudikal. Police officers were also present during the search.

After the raid at two houses was completed by 2.45 am, arrested persons --- Mosaraf and Iyakub --- were brought to the NIA office in Kochi within an hour.

They were questioned there for nearly 10 hours. According to an NIA press release, the preliminary investigation revealed that these individuals were radicalised by Pakistan-based Al-Qaeda terrorists on social media and were motivated to undertake attacks at multiple places including the national capital region.

“For this purpose, the module was actively indulging in fundraising and a few members of the gang were planning to travel to New Delhi to procure arms and ammunition. These arrests have pre-empted possible terrorist attacks in various parts of the country,” the release said. Murshid arrived at Pathalam nearly two months ago after travel restrictions were partially lifted. He worked as a dailywage labourer and also worked at hotels.

“During the lockdown, a majority of migrant workers who stayed at the house which I gave on rent left for their native places. It was in June or July that Murshid came here. He did not speak much and was a reserved person. He had submitted a copy of Aadhaar as identity proof when he arrived here. He worked at various places,” Nazar, the owner of the house said. Mosaraf was working, including at Perumbavoor, as a dailywage labourer for several years.

He recently joined a textile shop there. Police officials who conducted an inquiry about him claimed his family also stayed with him in Perumbavoor.

Iyakub first stayed and worked at Adimali in Idukki. He reached Perumbavoor only two months ago and stayed at a rented facility in Mudikal.

He also worked in a hotel there. NIA also questioned the arrested persons’ friends and relatives, who have been working and staying with them at its office in Kochi. After the interrogation, the three were produced before a magistrate and a transit warrant was issued. The arrested were taken to New Delhi on a flight from here in the evening and are likely to be produced at a court before Tuesday.

Kochi: The arrest of members of an Al-Qaeda-affiliated group is not the first incident in which members of international terror groups were traced from the state. The state is turning out to be a safe haven for terrorist groups, especially JMB which has roots in West Bengal and Assam, reports Toby Antony.

Kochi: The NIA on Saturday held one more person in connection with the case registered against Ansar-ul-Khilafah Kerala, which was busted by security agencies at Kanakamala in Kannur in 2016. The arrested is Mohammad Polakkani, of Kannur.