THIRUVANANTHAPURAM:  With the state hitting a new peak in Covid-19 cases each day, Chief Minister Pinarayi Vijayan on Saturday cited carelessness as the driving factor for the surging viral spread.

Among other factors, people’s negligence in adhering to the Covid protocol during Onam may also have influenced the rise in cases, he said.

The CM warned the state will have to pay a heavy price if the guard is lowered as the state is reported to be dealing with a mutated and more infectious variety of the SARS-CoV-2 virus.

“Reports say our country is going to have a new wave of infection which is likely to be even more devastating. A report that needs to be read alongside that is the mutant form of the virus that is in circulation in the state. It is considered to be a destructive one. Thus, the slightest negligence could prove fatal,” he said.

While the key will be to strengthen prevention and control measures, the onus will be on the people to discharge their social responsibility, he said. 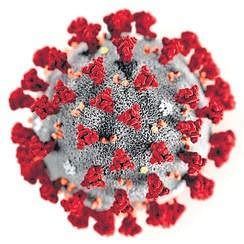 The CM highlighted the challenge of mutation based on a study carried out jointly by the Council of Scientific and Industrial Research and the Government Medical College, Kozhikode.

Last Monday, he had stated that— in the light of the finding— the government had decided to conduct a genome sequencing study of the SARS-CoV-2 virus in various parts of the state.

The study had two major findings, that it is the A2a virus clade which is predominant in the state, and that there is a mutant variant called D614G.

While expressing concern over the trend of infection in the state capital, the CM stressed on the likelihood of a super spread at Nedumkandam in Idukki after a fish vendor who turned positive reported more than 3,000 contacts.

“The Nedumkandam town has been closed down. Forty-eight persons, including a fish vendor and panchayat, excise and bank officials, were infected. The health department has said the contact history of the fish vendor is one of the largest in the state,” he said.

In Ernakulam, all local bodies had contact transmission, with 28 of the 42 clusters being large community clusters.

In Pathanamthitta, clusters are being reported because of marriage functions. An institutional cluster based at a private hospital in Thiruvalla has also been reported, he said.

“In Wayanad, officials including a sub-collector have entered self-isolation after the District Jail Superintendent tested positive. In Kannur, incidents of healthcare workers getting infected is on the rise.”

The CM also complained that, in Kasaragod, the non-cooperation of people belonging to the coastal clusters has turned problematic.

With 4,644 fresh cases being reported on Saturday, the number of active cases in the state rose to 37,488.

As 2,862 people recovered on the day, the total recoveries rose to 92,951 while the Covid toll reached 519 with the confirmation of 18 more deaths.

Of the new cases, 3,781 resulted from local contact, which includes 229 cases with unknown sources of infection. Those who tested positive newly includes 265 returnees, 86 healthcare workers and 14 staff of INHS, Ernakulam.

He said the health department is conducting 50,000 Covid tests only on some days at a time when testing needs to be increased to one lakh per day.

Chennithala demanded Chief Minister Pinarayi Vijayan explain why testing is not being increased.

“Though they tested negative, the duo will have to continue home isolation for one more week to make sure that they have cured completely,” said hospital authorities.

Kannur: Ports Minister Ramachandran Kadannappally tested negative for Covid-19 on Saturday. The test results of all tonal staff members of the minister too have turned negative.

Kadannappally was put under quarantine as his additional private secretary tested positive for the virus infection a week ago. Though the minister has tested negative, he will complete the quarantine period.

Now we are on Telegram too. Follow us for updates
TAGS
Kerala covid 19 cases covid 19 Pinarayi Vijayan