It was around 5.30pm on Tuesday and young Adone was chatting with his mother Soumya over phone when there was a huge sound, screams and the  video call got disconnected.

IDUKKI/NEW DELHI: It was around 5.30 pm on Tuesday and young Adone was chatting with his mother Soumya over phone when there was a huge sound, screams and the  video call got disconnected. Young Adone and his father Santhosh never thought that was the last time they would chat with Soumya. The family of Soumya, who was killed in a mortar shell attack at Ashkelon in  Israel, is yet to come to terms with the tragedy. 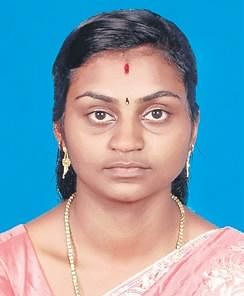 “Soumya was having her lunch and chatting with my brother and her son.  She said there was an attack by Hamas in the area and they had been advised to shift to a fortified shelter. She had packed the belongings  and was about to leave when the shell landed on the house. She enquired  about the health of all family members and was discussing family matters when the call got disrupted,” said Saji, brother of Santhosh.

Santhosh is a farmer and has four sisters and a brother. Two of his sisters, Sherly and Sophie, were working in Israel and they had arranged a job for Soumya seven years ago. “I had worked in Israel for 13 years and returned home three months ago. Sherly, Soumya and one of my  cousin brothers continued in Israel. There was no such attacks in recent  past,” said Sophie.

Soumya’s sister-in-law Sherly Benny,  who works in Israel as a caretaker, said the authorities have announced that a fighter jet participating in the attack will be named after Soumya. The Indian Embassy in Israel has promised steps to send Soumya’s body to Kerala on May 18, Sherly told TNIE over phone.

Sherly said 80-year-old Naomi Perlman, whom Soumya was  attending to, had sustained grievous injuries in the attack and was recuperating. Soumya was planning to return to state after 3 months, her relatives said.

Now we are on Telegram too. Follow us for updates
TAGS
Israel-Palestine conflict Kerala woman death