Jose had taken a loan of Rs 4 lakh from the cooperative bank a few years back for the marriage purposes of his daughter, according to his son. 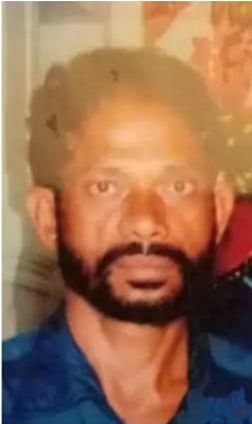 THRISSUR: A 62-year-old man, who took a loan from scam-hit Karuvannur Service Cooperative Bank and was served with revenue recovery notice, was found dead on Thursday at his residence in Thaliyakkonam in Thrissur district.

Alappadan Jose allegedly hanged himself on a tree in front of his house. Jose had taken a loan of Rs 4 lakh from the cooperative bank a few years back for the marriage purposes of his daughter, according to his son. As he failed to pay the interest, the bank issued a recovery notice. After getting the notice, Jose tried to pay the debt in installments, but the bank was firm to go ahead with recovery procedures, he said. Jose worked as a stonemason and the family was in a tough situation due to the pandemic restrictions.

CPM-controlled Karuvannur Service Cooperative Bank was in the limelight recently when a Rs 100 crore loan scam was detected. A Crime Branch investigation in the case is progressing while the bank is on a severe cash crunch. The bank, meanwhile, has been trying to get back the loan amount by exerting pressure on borrowers.

This is the second suicide in connection with Karuvannur Cooperative Bank.  In July, T M  Mukundan, 63, of Thelappilly, Karuvannur — a former panchayat member of Porathissery Panchayat, was found hanging behind his house. Reportedly, he had taken Rs 30 lakh loan from the bank several years back, but though he renewed the loan several times, the loan arrears ballooned to Rs 80 lakh. Mukundan was an executive member of the Congress, Irinjalakuda block.

Four members of the former director board of the bank were arrested after discrepancies in the cooperative bank's operations were detected.

(If you are having suicidal thoughts, or are worried about a friend or need emotional support, someone is always there to listen. Call Sneha Foundation - 04424640050 (available 24x7) or iCall, the Tata Institute of Social Sciences' helpline - 9152987821, which is available Monday to Saturday from 8 am to 10 pm).

Now we are on Telegram too. Follow us for updates
TAGS
Karuvannur Service Cooperative Bank suicide

In biggest victory yet, Russia claims to capture Mariupol