t is believed that the idol dates back to 7th or 8th century.

SAMBALPUR: The recovery of an ancient stone sculpture of Nataraja at Dungrapali, located on downstream of Hirakud Dam, by teams of Indian National Trust for Art and Cultural Heritage (INTACH) is believed to throw more light on the flourishing Shaivism  in the region.INTACH teams, who are documenting both tangible and intangible heritage along both sides of the Mahanadi river in the State, stumbled upon the ancient sculpture on the embankment of the Devi water body.

Lord Shiva is also known as Nataraja - the Cosmic Dancer. It is believed that the idol dates back to 7th or 8th century.  The idol has been kept in the custody of the district Collector and will be put up for display in the new museum coming up at Sambalpur.  Similarly, the top portion of old Gudeswar temple was also recovered and stored safely in the district collectorate. The recovery was made on the information of residents of Durgapali to the INTACH teams. 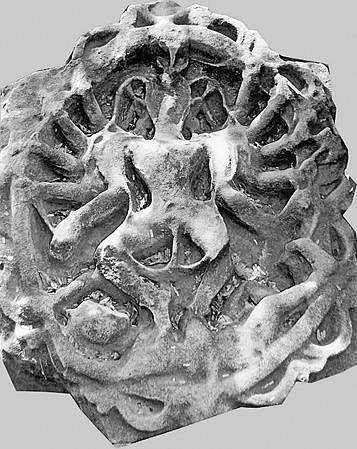 Historian and culture enthusiast Deepak Panda, who is leading the teams in Sambalpur, said it seems to be the ‘Chuda’ or ‘Amalaka’ of an ancient temple. It is four feet high, three feet wide and weighs around 200 kgs.  Panda further informed that the idol reflects Lord Shiva in Tandava form and since it was protruding from earth, it is believed that there could be a temple beneath. A clear picture will emerge after excavation, he said.

He further revealed that many such ruins of temples, which have been collected by locals, are being studied. It is suspected that the temple of which the ruins belong may have been damaged by invaders, Panda said. Seven teams, which were flagged off by Chairman of INTACH LK Gupta on January 15, will document the heritage, bio-diversity and food habits of people residing along the banks of the Mahanadi. They will cover nearly 1,000 km on the both sides of the river from upper reaches of Hirakud to its merger with the Bay of Bengal near Paradip in Jagatsinghpur.  The work also entails cultural mapping of Mahanadi, which has around 50 per cent of its total course flowing in Odisha. The team will cover undivided Sambalpur, Sonepur, Boudh, Angul, Nayagarh and Cuttack districts under the project.