The Central Electricity Supply Utility (CESU) has improved its revenue collection by nearly seven per cent in 2017-18. 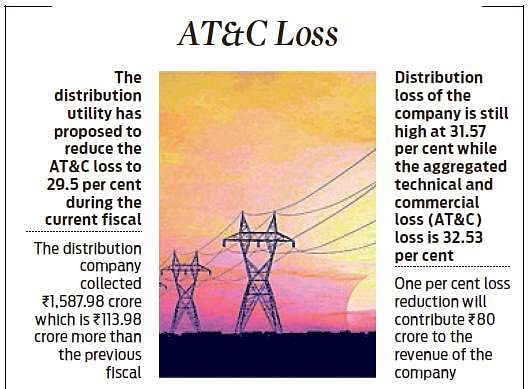 As the power consumption scenario has changed in the domestic and commercial sectors, this year’s focus for collection was on the LT category consumers. The distribution company collected Rs 1,587.98 crore which is Rs 113.98 crore more than the previous fiscal.With a consumer base of over 22.29 lakh spreading over nine districts, CESU has improved collection efficiency by switching over to digital platform.

The distribution loss of the company is still high at 31.57 per cent while the aggregated technical and commercial loss (AT&C) loss is 32.53 per cent. One per cent loss reduction will contribute Rs 80 crore to the revenue of the company.

Now we are on Telegram too. Follow us for updates
TAGS
Central Electricity Supply Utility