Politics a family show in Odisha

BHUBANESWAR: Odisha Politics has virtually turned into a family affair with all the three major parties preferring candidates from political dynasties over new entrants in the elections. The electoral arena has been crowded with father and son/daughter, wife and husband and siblings as political parties are unwilling to take risk by fielding candidates outside known political families due to fear of rebellion and dissidence.

Balangir is a glaring example as the Lok Sabha constituency is still in the grip of the erstwhile royal family even after 71 years of Independence. The ruling BJD and BJP have reposed their faith in members of the royal family and fielded them as candidates. While Kalikesh Narayan Singhdeo, one of the royals and sitting BJD MP, has been renominated from the Lok Sabha seat, his younger brother Arkesh Narayan Singhdeo has been fielded by the ruling party from Balangir Assembly seat. Both Kalikesh and Arkesh are sons of BJD veteran and former Rajya Sabha Member AU Singhdeo.
The BJP has also nominated Sangeeta Singhdeo, a former MP and wife of KV Singhdeo, from the Lok Sabha seat. KV will contest from Patnagarh on a BJP ticket. 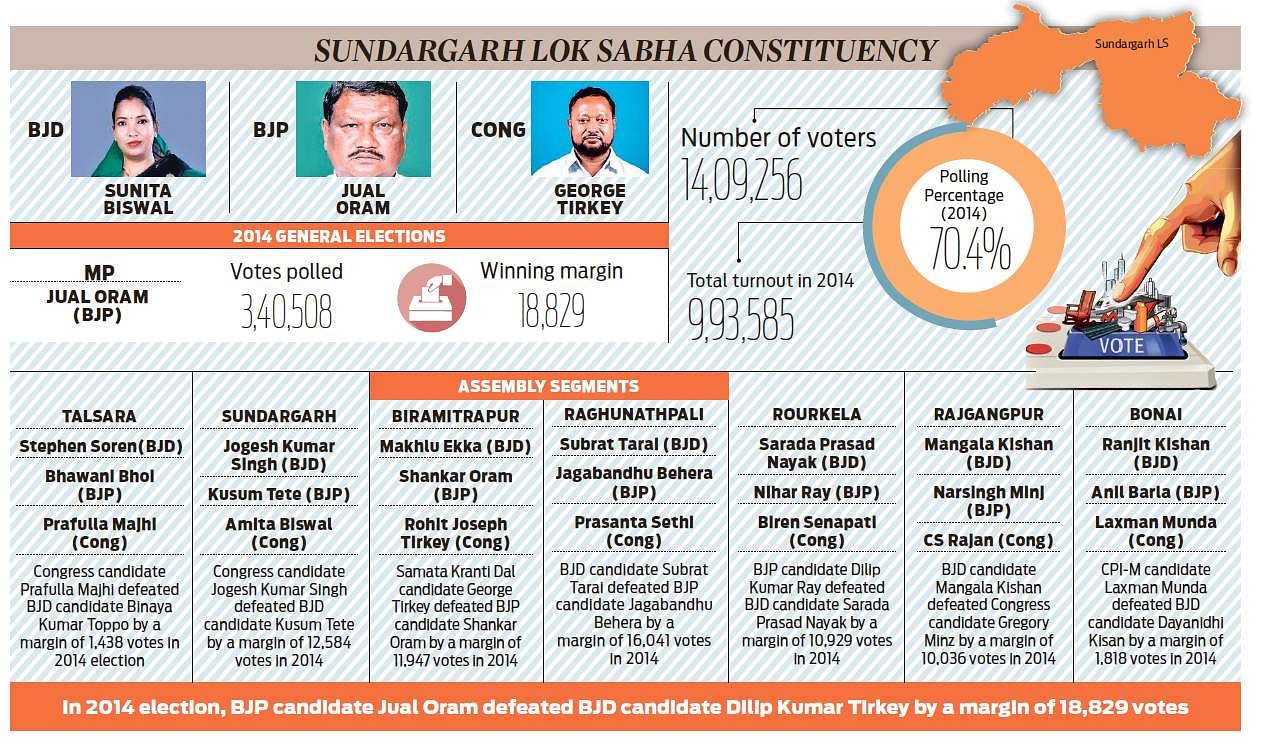 The royal family is being challenged by members of the Mishra family of Congress. While Leader of Opposition Narasingh Mishra will take on Arkesh in Balangir Assembly seat, his son Samarendra Mishra has been fielded by the party from the Lok Sabha constituency.

In the adjoining Kalahandi, former Union minister Bhakta Charan Das and his son Sagar Charan Das have been fielded by the Congress from Lok Sabha and Bhawanipatna Assembly constituencies respectively.
Similarly, president of Odisha Pradesh Congress Committee (OPCC) Niranjan Patnaik is likely to contest from two Assembly seats, Ghasipura in Keonjhar and Bhadaripokhari in Bhadrak while his son Navajyoti has been made the party’s Lok Sabha candidate from Balasore seat. Besides, Madhumita Sethi, daughter of senior leader Anant Narayan Sethi, has been announced as the party’s candidate from Bhadrak Lok Sabha constituency. Sethi is also an aspirant for a Congress ticket to contest the Assembly elections.
In the run up to the polls, Congress had announced that two persons from a family will not be considered for tickets barring some established political families.

Though it was speculated that BJD supremo Naveen Patnaik will experiment with new faces in the elections, the candidate list of the party shows that he has also succumbed to the pressure by nominating sons of sitting MPs and MLAs in many constituencies.

Sources said senior BJD leader Bed Prakash Agrawal, who has been renominated from Patkura, wants his son to be given ticket because of his failing health. There are several other instances when sons have been given tickets to placate fathers who have been denied ticket by the BJD supremo.