KORAPUT: For 62 years since 1957, the Koraput Lok Sabha constituency had remained a stronghold of four families from Saura and Kondh communities. This time, though, the Kondhs hold centrestage.
In the forthcoming polls, the constituency will be in the hands of Kondhs irrespective of the party affiliation as all the major parties of BJD, Congress, and BJP have fielded candidates from the community. While it is Saptagiri Ulaka, son of former minister Ramchandra Ulaka, from Congress, sitting MP Jhina Hikaka’s wife Kaushalya has been fielded by BJD and former MP Jayram Pangi by BJP.

Reserved for ST, the constituency was under T Sangana, a Kondh, from 1957 to 1962.  Sangana, a Congress leader, was the uncle of Ramachandra Ulaka. Subsequently, from 1962  to 1971, Ramachandra, also of Congress, held the segment. In 1971, the Kondh leaders lost their grip over the seat as the Congress decided to give ticket to Saura leader Bhagirathi Gomang. Bhagirathi remained in power for a year till 1972 and later his nephew Giridhar Gomang was elected to the fifth Lok Sabha from Koraput in 1972. Subsequently, he was re-elected to the Lok Sabha in 1977, 1980, 1984, 1989, 1991, 1996, 1998  and 2004. His wife, Hema won from the constituency in 1999 while Giridhar was the Chief Minister of Odisha. Giridhar, however, lost the segment for the first time in the 2009 elections to Kondh leader Jayaram Pangi of BJD.

In 2014 General Election, BJD supremo Naveen Patnaik decided to field a new face and gave ticket to the young Kondh leader Jhina Hikaka. Jhina defeated his Congress rival and nine time MP Giridhar and since then, the electoral doors have been closed for the veteran Saura leader. Although he was an aspirant for BJP ticket this time, Giridhar was  dropped due to age factor. As per party norms, leaders above 75 years of age cannot contest the election.

Rayagada: People in every district will get land patta and pucca roads if Narendra Modi is voted to power, said Union Petroleum Minister Dharmendra Pradhan. Addressing a public meeting at Kashipur on Tuesday, he urged people to elect the BJP. “People voted BJD but the party duped them. The party has deviated from its commitments and development has become stagnant,” he said. Highlighting the welfare schemes launched by the BJP, he said it is unfortunate that the Ayushman Bharat Yojana is not being allowed in the State because it is a Central scheme.  He appealed the gathering to cast their votes in favour of Jayaram Pangi who is contesting as MP candidate from Koraput constituency and Basant Ullaka who is contesting from  Rayagada constituency. At Bissamcuttack, Union Minister of State for Power, Raj Kumar Singh, campaigned for Siba Shankar Ulaka. 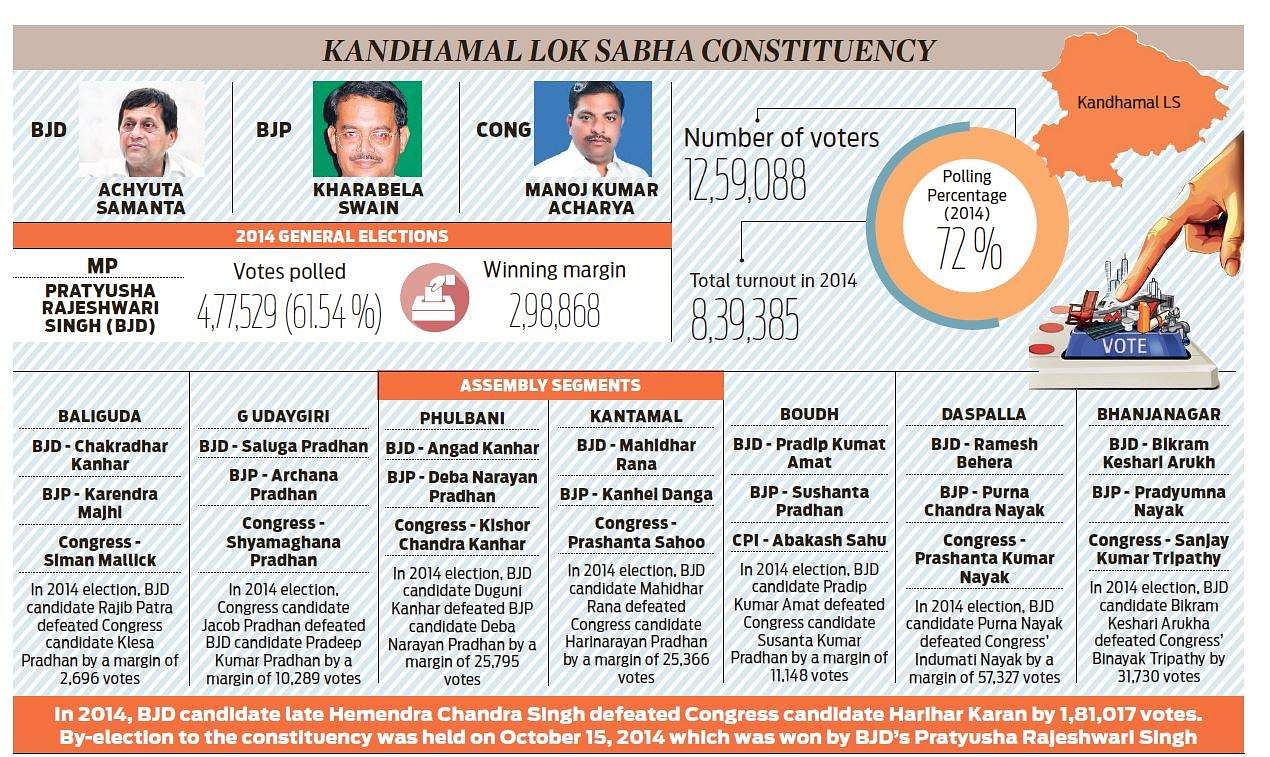 Now we are on Telegram too. Follow us for updates
TAGS
Lok Sabha elections 2019 India elections Koraput Lok Sabha constituency