He said ESZ would  threaten the existence of people living near the national park.

KENDRAPARA: A four-year-old decision of the Union Government to declare 192 villages around Bhitarkanika National Park and its nearby areas as eco-sensitive zone (ESZ) has emerged as a major election issue in Rajnagar Assembly segment under Kendrapara Parliamentary constituency. The Congress has made it an all important poll issue with an eye on capturing the around 1.2 lakh population across 192 villages which stand to be affected by the notification. 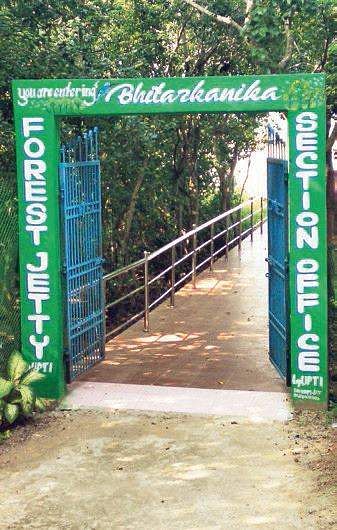 “We are against the  Central notification declaring 446.40 sq km area within two km of Bhitarkanika National Park and Gahirmatha marine sanctuary, covering 192 villages as an eco-sensitive zone as it would adversely affect infrastructure and other development projects in the area,” said MLA Ansuman Mohanty, who has been renominated for the seat by Congress.

He said ESZ would  threaten the existence of people living near the national park. The Congress is not in favour of extending the eco-sensitive zone to areas where there are human settlements.

However, the BJD candidate Dhruba Sahoo said, “We are determined to preserve the eco-system of Bhitarkanika. But the authorities do not have the right to stall infrastructure development projects like construction of bridges, concrete roads, stone packing of river and saline embankments on the pretext of ESZ.”

He alleged that the Union Government violated the Forest Rights Act and other related laws by issuing a notification to declare areas near the park as eco-sensitive zones and the BJD has raised its voice against the move. Defending the move, former MLA and BJP candidate Alekha Jena said the new ESZ guidelines would ensure that these areas act as ‘shock absorbers’ to the protected the fragile ecosystem by regulating and managing activities around them.

Jena said Bhitarkanika’s  water bodies are home to more than 1,800 salt water crocodiles. “The mangrove forest, crocodiles , spotted deer and other wildlife of Bhitarkanika and Olive Ridley sea turtles of  Gahiramatha will be protected through the ESZ,” he asserted. The saffron party leader said  BJP candidates are winning due to which Congress and BJD leaders are spreading false information about the ESZ to defame the party ahead of the polls,” he added.