JP national secretary Suresh Pujari is considered an outsider in the Bargarh Lok Sabha constituency. His candidature from the seat has had serious repercussions within the BJP with senior Sangh leader and 2014 candidate Subas Chauhan quitting the party against the decision and joining BJD.

Will this affect his chances of victory ? A confident Pujari says no, speaking to Phanindra Pradhan on BJP’s prospects in Bargarh Lok Sabha seat.
Will the resignation of Subas Chauhan hurt BJP chances? After all, he had lost by a thin margin in the last elections. 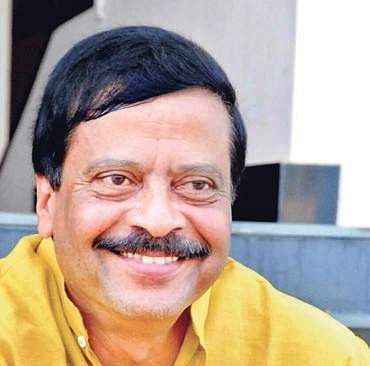 There will be absolutely zero impact. He has no base in the Bargarh Parliamentary Constituency. In 2014 polls, Chauhan got the votes only due to Modi wave.

How are you managing your campaign against the odds of Chauhan’s exit and your relative disconnect with the constituency?
Through my campaigning, I have tried to reach out to the maximum number of voters in my constituency. Voters are inclined towards Narendra Modi as they are aware of various development works and welfare measures undertaken by the BJP Government at the Centre. They are also dissatisfied with the Naveen Patnaik Government which has failed to accelerate development in the State.

What are the main issues that you are reaching out to the people with?
Farmer welfare measures and strengthening of irrigation in the constituency. The Naveen Patnaik Government has failed to strengthen irrigation during its 19 years of regime. Drought-prone Padampur sub-division in Bargarh district is devoid of irrigation facility even after 70 years of Independence.
The BJD Government has also not set up a single industry in Bargarh while the sugar mill and cement factory here are on the verge of closure. Orient Paper Mills and Bhaskar Textiles in Jharsuguda are already closed.
I also raised issues like farmer suicides and callous attitude of the State Government towards farmer welfare. The BJD Government is exhibiting step-motherly attitude towards both Bargarh and Jharsuguda districts.

If elected, what steps would you take for development of Bargarh Parliamentary constituency?
My priority will be strengthening of irrigation in my constituency and thrust would be zero displacement during setting up of new industries. Because, displacement is a major concern in Jharsuguda district. Apart from this, I would lay emphasis on local employment, improvement of education and revival of sick industries.

What are your prospects of winning from the constituency?
There is a strong wave in favour of Modi. Wherever I go during campaigning, I receive overwhelming response from voters. I will win the Lok Sabha constituency with a thumping majority.