An anaesthetist, Debashis Marandi took VRS in 2008 and contested from Mayurbhanj Parliamentary constituency on JMM ticket in 2014 but suffered defeat at the hands of Ramchandra Hansdah of BJD.

An anaesthetist, Debashis Marandi took VRS in 2008 and contested from Mayurbhanj Parliamentary constituency on JMM ticket in 2014 but suffered defeat at the hands of Ramchandra Hansdah of BJD. He quit JMM and joined the ruling party in 2017. He was appointed chairman of SC and ST Development Council in Mayurbhanj. He speaks to Sukanta Kumar Sahoo about his poll agenda and prospects.

From a student union leader to a doctor and then a politician. How has this journey been?
Challenging yet fruitful. I believe politics is a proper platform for serving people. A doctor can feel the pain of a patient but socially, there are a lot of patients who are in pain due to lack of development and welfare. I can cure this socail illness only by being in the political domain. 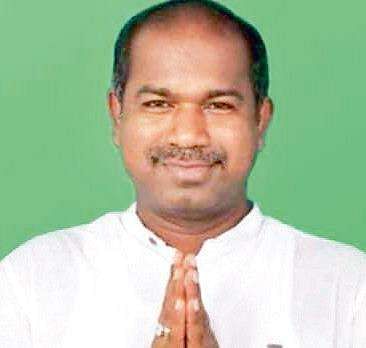 You had contested in 2014 elections from JMM and now from BJD. Will your JMM identity pose a problem for you this time?
I do not think so. A lot many politicians change parties due to ideological differences. I changed to BJD being inspired by Naveen Patnaik and his ideology.

The BJD had lost the panchayat elections here. Will the ruling party face difficulty in retaining Mayurbhanj constituency  in this General Election against a strong Modi wave?

The BJD has done a lot of development works in the constituency which will secure its vote bank from Modi wave in the Lok Sabha elections. Be it women empowerment through Mission Shakti, setting up of Government Medical College and Hospital at Baripada or KALIA for farmers. The BJD had initiated development for all sections of society.

What is your development agenda for the constituency?
I will focus on irrigation, road and railway connectivity if people vote me to power. Besides, I shall finish all the incomplete projects that the State Government had initiated in the constituency.

What is your agenda for development of Aska as an MP?
There are many key issues in the region. I would begin with reviving the sugar factory to its full glory. This apart, creation of employment opportunities will be my priority so that youths of the region don’t have to leave their land. I would also strongly work for women empowerment and protection. My motto will be collective development of people from all walks of life.