'I had asked Patra to express regret over his statement, but he has not responded. So we will take the issue to court,' Narasingha Mishra, leader of the Congress Legislature Party said.

BHUBANESWAR: As the war of words between the BJP and Congress intensified over the Nayagarh minor girl murder case, leader of the Congress Legislature Party (CLP) Narasingha Mishra on Sunday said the party is planning legal action against BJP national spokesperson Sambit Patra for the defamatory statement given by him against party MLAs on the issue. 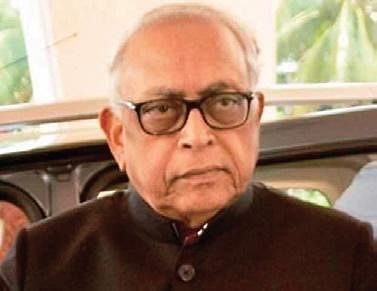 “I had asked Patra to express regret over his statement, but he has not responded. So we will take the issue to court,” Mishra said.

The Congress decision to remain silent in the Assembly on the issue following the announcement of a court-monitored SIT had come in for strong criticism from Patra. He had alleged that Agriculture Minister Arun Sahoo had bought its silence.

“We have information that nine Congress leaders received money from the minister not to raise the issue in the State Assembly. The Congress MLAs of Odisha should clarify as to why they have now taken the side of Arun Sahoo,” Patra had said.Congress Odisha in-charge A Chellakumar also targeted the BJP and said the latter’s demand for a CBI probe is only to delay the issue and allow the government to go scot-free.

“There have been a number of CBI investigations in Odisha for different scams but what has been the result,” Chellakumar said and asked, “Is the BJP managing the CBI for the ruling BJD in the State?”
Terming the BJP and BJD as partners, he said the ruling party in the State has always come to the rescue of the former whenever it is in trouble in the Parliament. “Who was managed when a Rajya Sabha seat was gifted to BJP by the BJD. People of the State know that BJP and BJD are two sides of the same coin,” he said.

President of Odisha Pradesh Congress Committee (OPCC) Niranjan Patnaik alleged that the law and order situation has deteriorated in Odisha and crime against women has gone up alarmingly. The Home department is with Chief Minister Naveen Patnaik for the last 20 years, he said and demanded his resignation.

Refuting the allegations, leader of the Opposition Pradipta Naik said the people of Odisha are aware of the outcome of two by-polls in Odisha and the deal between the Congress and the BJD. “The Odisha Congress in-charge ought to know that BJP had contested against the BJD in the recent by-polls,” he said.

Criticising the double standards of the Congress, Naik said the party which had strongly opposed SIT probe into the Kunduli gang-rape case is now demanding an SIT probe into the Nayagarh minor girl case. “BJP demands the ouster of the Agriculture Minister Arun Sahoo and a CBI probe,” he said.

Now we are on Telegram too. Follow us for updates
TAGS
Nayagarh murder case Congress Odisha Sambit Patra BJP