This is for the first time that an All India Services cadre officer has been recommended by the Odisha government for compulsory retirement on grounds of corruption.

BHUBANESWAR: Chief Minister Naveen Patnaik on Thursday recommended the Centre for compulsory retirement of suspended IFS officer Abhay Kant Pathak, who has been arrested by the Vigilance on graft charges. This is for the first time that an All India Services cadre officer has been recommended by the Odisha government for compulsory retirement on grounds of corruption. 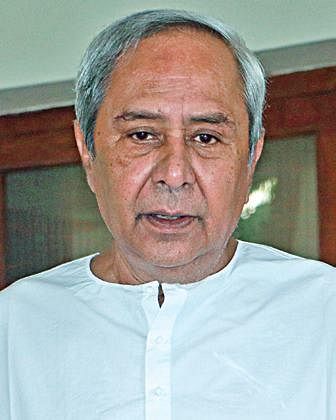 “Abhay Kant Pathak was making cash deposits of his ill-gotten wealth in his son Akash Pathak’s bank accounts and further helping his son fraudulently posing as the MD of Tata Motors,” the Chief Minister said in the letter to the Centre. Akash has been arrested for duping youths by impersonating as the Managing Director of Tata Motors (passenger division).

He had allegedly taken huge sums from them to provide jobs. A case has also been lodged against Akash by the Crime Branch on charges of forgery, cheating and duping unemployed youths by taking huge cash from them to give them jobs in Tata Motors. In this case, FIR was lodged by Tata Motors. The Chief Minister said Abhay Kant Pathak was using luxury cars like Mercedes, BMW from the “ill gotten wealth”. During the lockdown period, Abhay Kant and his son were flying across India in charter planes and staying in luxurious five-star and seven star hotels.

Both father and son were using private security guards/bouncers to show off their wealth, he wrote in the letter. The Crime Branch had also arrested Gopalpur MLA Pradeep Kumar Panigrahy on December 4 for allegedly collecting money on behalf of Akash on the false promise of providing them jobs in Tata Company. He was expelled from the BJD on November 29 for ‘anti-people activities.’

Now we are on Telegram too. Follow us for updates
TAGS
Naveen Patnaik Abhay Kant Pathak