With an aim to reform the overall structure and its functioning, the Odisha Public Service Commission (OPSC) has adopted several measures and upgraded its IT infrastructure.

CUTTACK:  With an aim to reform the overall structure and its functioning, the Odisha Public Service Commission (OPSC) has adopted several measures and upgraded its IT infrastructure. Informing this during a press meet here on Monday, OPSC Chairman Brigadier Laxmi Charan Patnaik said there has been an incremental change in respect of infrastructure, human resource and use of information technology in the Commission office over the years. 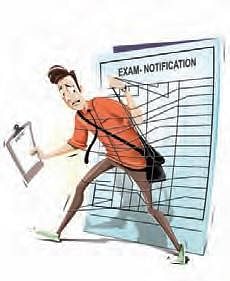 The Commission, which had started functioning in the old secretariat building at Buxi Bazaar from April 1, 1949, was shifted to its present location in 1984. Considering the inadequate waiting lounge for interviewers and lack of space for evaluation and interview, the old building has been renovated and the damaged furniture have been replaced with smart office, he said.

In order to strengthen the human resources, 30 new posts of junior assistance have been created. This apart, the number of section and establishment officer posts has increased from 8 and 2 to 11 and 8 respectively. Now, there are four posts of under secretary against one earlier, he added.

Patnaik said there has been a transformational change in conducting public service examinations by gradual switching over to online mode. Computer-based test was adopted for recruitment of Drug Controller and 251 posts of insurance medical officer. Now, the entire examination process has been automated. A Comprehensive Selection Management System (CSMS) software has been developed by the National Informatics Centre (NIC) for the purpose, he added.Among others, OPSC members Sudhansu Sekhar Rath and Bibhuti Bhusan Patnaik, Secretary Ashok Das, Deputy Secretary Judhistir Nayak and Maitri Bhattacharya were present.

Now we are on Telegram too. Follow us for updates
TAGS
OPSC