Doordarshan and All India Radio gasp for breath in Kalahandi

AIR Bhawanipatna, a subregional medium wave radio station with of a type one studio facility, made its start in 1993.

BHAWANIPATNA: At an age when internet-powered mobile phones are good enough to access information and news from across the world, who cares for the good old radio? Or even the Doordarshan channels? With India riding on digital media revolution, premier broadcast institutions like the All India Radio (AIR) and Doordarshan (DD) have now been pushed to the brinks of obscurity even in the remotest pockets of the State where they once held sway because communication technology was virtually inaccessible. Their plight speaks volumes about their struggle for existence now.

AIR Bhawanipatna, a subregional medium wave radio station with of a type one studio facility, made its start in 1993. Operating with BEL HMB 140-2 X 100 KW transmitter on 1206 KHz and 248 meter, AIR Bhawanipatna disseminated information-rich programmes for people – from folk music to disaster warning; farm related advisories to news on health, agriculture and host of development programmes. In rural areas, AIR earned immense popularity. Today, it is gasping for breath. 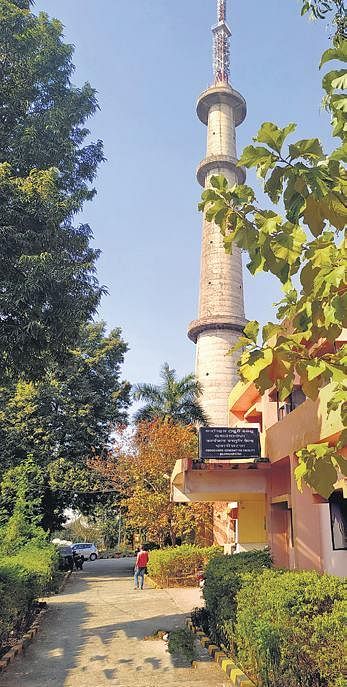 The post of station director is lying vacant since last seven years. Out of eight programme executive posts, just one is in position who also officiates as station director. Out of eight announcer posts, seven are vacant. Although Drama Division has been opened, drama recording is absent and there is no music section available. As a result, the radio station is struggling to remain afloat and makes do with old recorded programmes and related relays from Akashvani Delhi and Cuttack.

The condition of Doordarshan is worse. The DD Kendra, Bhawanipatna played a key role in highlighting programmes undertaken by the Government for socio-economic up-lift of KBK region. Besides, its contents to preserve rich cultural heritage of the tribal dominated area as well as agriculture programme earned the station the largest viewership of the area.

Yet, the DD Kendra does not have a station director since last 10 years and as against three programmee executive and two production assistant posts, it manages with just one executive. It has sanctions for three cameramen but there none at present and shooting is done through casual contractual staff. One of the cameras was reportedly sent on hire to Doordarshan Kendra, Bhubaneswar for use during Rath Yatra in 2016-17, it is yet return.

Switcher, a key component of the studio was sent to Bihar but has not been brought back. The studio stands defunct. Recently, the Citizen Forum Kalahandi and Sanskar Bharati submitted memoranda to the Parliament members Basanta Panda and Sujeet Kumar seeking revival of the institutions. Union Minister for Information and Broadcasting Prakash Javadekar has also been requested to step in.