Hookah bars have emerged as a rage in the Silk City where youths, mostly students, can be seen puffing away their leisure time despite the health risks associated with this lifestyle habit.

BERHAMPUR:  Hookah bars have emerged as a rage in the Silk City where youths, mostly students, can be seen puffing away their leisure time despite the health risks associated with this lifestyle habit. The city has three such bars at Jayaprakash Nagar, Gandhi Nagar and Bus Stand area, all operated by young entrepreneurs. Contrary to popular belief, hookahs are as injurious to health as cigarettes but the health hazards have not proved deterrent. 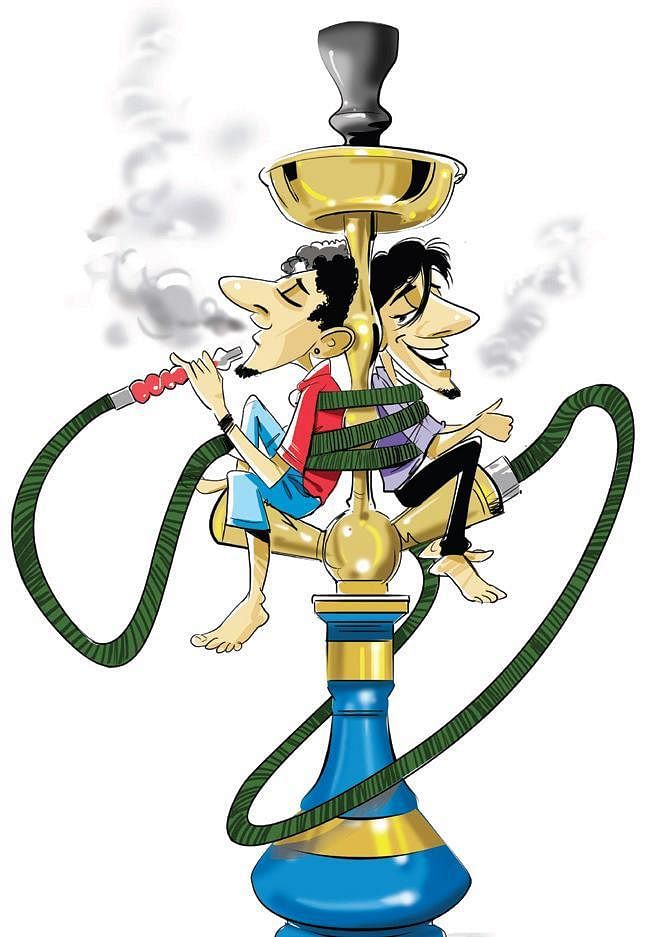 As per the World Health Organisation, a 200 puff session at a hookah bar is equivalent to smoking 100 cigarettes, said retired professor of Chest and TB department, MKCG Medical College and Hospital Narayan Mishra. “Though the water used in the hookahs filter harmful ingredients, it does not filter any harmful chemicals. Smoke from the hookahs contain the same cancer causing chemicals as cigars and cigarettes,” he said.  What’s worse, hookah smokers also inhale carbon mono oxide, heavy metals ad other toxic compounds which are produced when charcoal is burnt.

With youngsters getting hooked to hookahs, locals said police must investigate whether owners of such bars have the necessary licence. Some even seek amendment to the Cigarettes and Other Tobacco Products (Prohibition of Advertisement and Regulation of Trade and Commerce, Production, Supply and Distribution) Act, 2003 (COTPA) to prohibit such bars from functioning in the cities.

Legal experts are of the opinion that while COTPA prohibits smoking in public places and regulates trade and sale of tobacco products, the same is not applicable to hookahs.  Berhampur SP Pinak Mishra said though hookah bars do not come under the purview of COTPA, alcohol or other intoxicating substances are prohibited in such places. “We are keeping a close eye on these bars,” he said.

health hazard
Hookahs are as injurious as cigarettes
Hookah smokers also inhale carbon mono-oxide, heavy metals and other toxic compounds
The fact that hookah bars do not come under COTPA purview has emerged as a cause of concern
While smoking is prohibited in public places, the rule is not applicable to hookahs

Stay up to date on all the latest Odisha news with The New Indian Express App. Download now
TAGS
hookah