But the provident fund authorities filed an application for extension of time to comply with the Court order issued on November 20, 2019.

CUTTACK: The Orissa High Court has allowed two more months time to the Provident Fund Authority to sanction higher pension to employees of Cuttack Urban Cooperative Bank under the Employees’ Pension Scheme (EPS) as per October 4, 2016 Supreme Court judgment.In the judgement, Supreme Court had removed the salary cap and directed the Employees’ Provident Fund Organisation (EPFO) to revise the pension on higher wages under EPS. 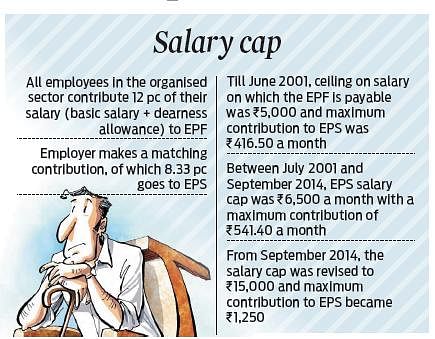 On November 20 last year, the Single Judge Bench of Justice Biswanath Rath had directed the EPFO to extend the benefits of the SC order to retired members of the Cuttack Urban Cooperative Bank Employees’ Union. The direction was issued on a petition filed by union secretary Sagar Nayak. In his order, Justice Rath expected the Central Provident Fund Commissioner and Regional Provident Fund Commissioner to take a decision on pending applications for grant of pension “by completing the exercise within a period of six weeks”.

Nayak had alleged that no action had followed even after the Chief Executive of the bank wrote on four occasions between December 13, 2017 and June 12, 2018 to the Regional Provident Fund Commissioner with regard to submission of joint declaration forms for full pension and higher pension to employees who have already retired from service. But the provident fund authorities filed an application for extension of time to comply with the Court order issued on November 20, 2019.