A senior leader of ruling Biju Janata Dal’s women wing attempted to immolate herself in front of Berhampur SP office here on Wednesday.

BHUBANESWAR: A senior leader of ruling Biju Janata Dal’s women wing attempted to immolate herself in front of Berhampur SP office here on Wednesday. Meenakshi Mishra, who had grievances over police action against her son, has been hospitalised with severe burn injuries. She is a State executive member of Biju Mahila Janata Dal (BMJD) and resident of Engineering School Chowk within Baidyanathpur police limits. 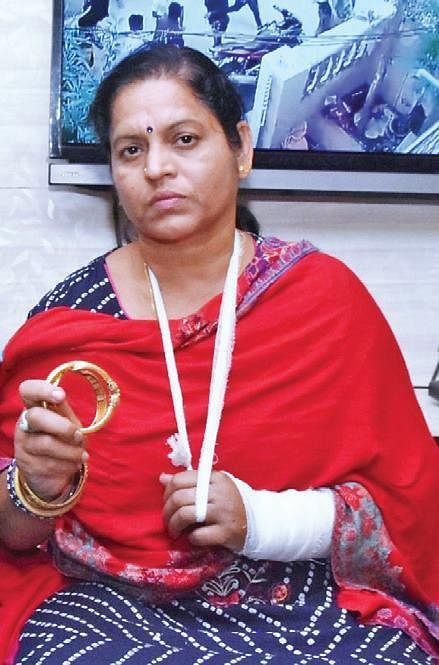 Two constables who tried to rescue her also suffered burn injuries. Last month, Meenakshi and her son Krutibasa had sustained grievous injuries after being attacked by a group of persons. Basing on her complaint, police arrested three members of the group. Later,

Krutibasa was arrested on the basis of a counter FIR. Meenakshi had claimed that her son was falsely implicated and demanded his release unconditionally. She had also written to SP Pinak Mishra demanding arrest of the remaining members of the group and release of her son.

However, with her plea going unheard, Meenakshi had threatened selfimmolation in front of the SP’s office. On the day, she reached the SP office but could not find Mishra, who was apparently busy.

A dejected Meenakshi doused kerosene and set herself on fire. The policemen present at the spot rushed to her rescue and put out the flames. However by then, she had sustained major burns. The BJD leader was rushed to MKCG Medical College and Hospital (MCH) but since MKCG has no burns unit, she was shifted to SCB Medical College and Hospital, Cuttack.

The incident drew strong reactions from political parties. Terming the incident unfortunate, Congress leader Pitabasa Panda and BJP’s Kanhu Charan Pati said when a leader of the ruling BJD is not getting justice, there is little hope for the common man to expect justice from police.

However, police refuted the allegations of injustice to Meenakshi and claimed that they acted impartially. “On January 28, there was a brawl between some youths and Krutibasa over motorcycle parking. The youths had alleged that Krutibasa first attacked them and they retaliated. Meenakshi sustained injuries when she tried to come to the aid of her son. Basing on complaints from both the sides, Krutibasa and three youths were arrested,” said police.

Stay up to date on all the latest Odisha news with The New Indian Express App. Download now
TAGS
Meenakshi Mishra