The observation came in a judgment on a bail plea in a case in which the husband had allegedly committed suicide after receiving intimate Tik Tok videos of his wife with another person.

CUTTACK: Even as video-sharing app TikTok has drawn severe criticism for inappropriate and offensive content, the Orissa High Court has castigated the social media platform for demonstrating a degrading culture and stressed the need for strict regulation of the platform to save youngsters from its negative impact.

The Court also observed that India lacks a specialised law to address crime like cyber bullying. The observation came in a judgment on a bail plea in a case in which the husband had allegedly committed suicide after receiving intimate Tik Tok videos of his wife with another person. 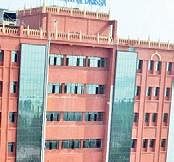 The videos were allegedly streamed on social media. The wife, who was facing abetment of suicide charges, had filed the bail petition.

“It appears that the Tik Tok videos in the instant case has become the cause for tragic end of an innocent life,” the Single Judge bench of Justice SK Panigrahi observed.

“Tik Tok mobile app, which often demonstrates a degrading culture and encourages pornography besides causing paedophiles and explicit disturbing content, is required to be properly regulated so as to save the teens from its negative impact,” he ruled.

He expressed concern that, “Of late, cyber bullying activity like the instant case has reared its ugly head and swept away so many innocent lives through many of its ugly manifestations. The Information Technology Act, 2000 does impose an obligation upon such companies to take down content and exercise due diligence before uploading any content, but India lacks a specialised law to address the crime like cyber bullying.”

The Judge also pointed to the traditional approach of the investigative machinery while dealing with such type of offences. “Most of our investigating officers are neither well trained nor do they understand the nuances of cyber crime.

"It is imperative that the personnel engaged in investigation need to be imparted periodical training so as to upgrade their skill to investigate this kind of techno-legal issues. Further, improvement in the cyber intelligence, cyber forensics and cyber prosecution training are long overdue to boost the hitherto rickety,” he observed.

On behalf of the petitioner, advocates Bijay Kumar Ragada and LN Patel argued for grant of bail to her as she was in jail since her arrest on January 14. While granting her bail, Justice Pangrahi said “In the instant case, the judicial discretion cannot be in precise exactitude but it is expected that the accused person will stand her trial when called upon.”

Now we are on Telegram too. Follow us for updates
TAGS
TikTok Orissa High Court