Coming down heavily on the Health and Family Welfare department for the serious lapses, the CAG pointed out that the State government has failed to ensure unbroken supply of essential drugs.

BHUBANESWAR:  Punching holes in the much-hyped Niramaya free drug distribution scheme and Health for All initiative of the State government, the Comptroller and Auditor General (CAG) of India has exposed massive irregularities by the Odisha State Medical Corporation Ltd (OSMCL) in procurement of drugs and medical consumables along with showing undue favour to suppliers.

Coming down heavily on the Health and Family Welfare department for the serious lapses, the CAG pointed out that the State government has failed to ensure unbroken supply of essential drugs to patients in public health institutions as per its own prescribed Essential Drugs List (EDL).

The Odisha government had launched the Niramaya scheme in 2016 under which patients are being provided drugs free of cost at all public health facilities in the State. The OSMCL under the Health department has been entrusted with procurement and supply of the drugs, medical consumables and equipment. 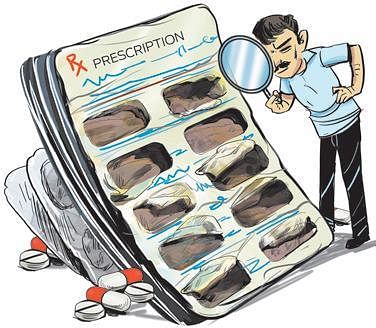 The audit, conducted for the years from 2016 to 2019, revealed that the procurement process was riddled with systemic flaws and there was an inordinate delay in finalisation of annual procurement plans for drugs, medical consumables and equipment, instruments and furniture (EIFs).

The OSMCL could supply only 49 per cent (pc) of the indented/approved quantity of drugs and medical consumables to health institutions during 2016-19.

Non-supply of indented quantity resulted in non-availability of essential drugs in health facilities.

The audit has also revealed that under the government’s flagship KHUSHI scheme for health and hygiene of women and girl children, sanitary napkins were procured at higher prices while undue favour was shown to a particular firm for procurement of spectacles under Sunetra Yojana for universal eyecare.

The State Drug Management Committee (SDMC) had approved 524 to 596 kinds of drugs and medical consumables to the tune of 692.97 crore units for procurement during 2016-19, but the OSMCL could only get 336.94 crore units.

Owing to the delay, the health institutions procured locally and incurred excess expenditure.

The audited health institutions had incurred excess expenditure of Rs 98.12 lakh (44 per cent) in procuring medicines worth Rs 2.24 crore during 2018-19. Similarly, OSMCL could procure only 43 pc EIF against the approved quantity during 2016-19.

As of June 2019, 19 pc of the procured EIF had not been installed and were lying unutilised. Ineffective monitoring of indents, distribution, consumption, stock position of drugs through e-Niramaya software led to the expiry of drugs valued at Rs 4.18 crore during April 2017 to May 2019,” the report stated.

The CAG said lack of monitoring at the level of Health department/ State Drug Management Unit/ OSMCL and health institutions ultimately resulted in a shortage of essential drugs and wastage of government resources due to expiry of unused items, supplied in excess.

Even as the Health department in August last year claimed that OSMCL procured drugs on the basis of consumption at health facilities, and supplied medicines and anticancer drugs as per indents, the CAG said the reply was not tenable as short/non supply of indented drugs resulted in stock out of essential medicines in health facilities leading to the indenting officers having to procure unavailable drugs locally at  much higher rates.

As per contract conditions, OSMCL should de-recognise/blacklist the defaulting suppliers and forfeit earnest money deposit and performance security of the said bidder/ supplier.

The audit observed that the corporation had not recovered/forfeited performance securities of suppliers amounting to Rs 47.42 lakh in respect of 30 out of 252 purchase orders (POs) issued during 2016-19 against which there was no supply.

OSMCL had also not taken other penal actions like de-recognition/blacklisting or cancellation of POs, against the defaulting firms.

Surprisingly, 17 firms, which were ‘nil’ suppliers in previous years were unduly favoured by OSMCL by award of further contracts valued at Rs 55.45 crore in subsequent years.

Lackadaisical approach of the agency in finalisation of tender led to non-functioning of blood component separation units at Balasore, Baripada, Keonjhar, Koraput, Bargarh, Balangir, and Rourkela and idling of equipment worth Rs 4.47 crore, the report stated.

Though the approval was granted in 2015-16, the OSMCL took about three years to supply these items indicating its apathetic approach to procurement, the report stated.

Now we are on Telegram too. Follow us for updates
TAGS
CAG Odisha State Medical Corporation Ltd Health for All