The notices direct the institutions to submit reports stating measures that have been taken against the students involved in the act.

SAMBALPUR: The Odisha Human Rights Commission (OHRC) on Tuesday issued notices to registrar of the Veer Surendra Sai University of Technology (VSSUT) and principal of the Odisha Medical College of Homoeopathy and Research (OMCHR), Sambalpur seeking action taken report on the recent ragging incidents on their campus. 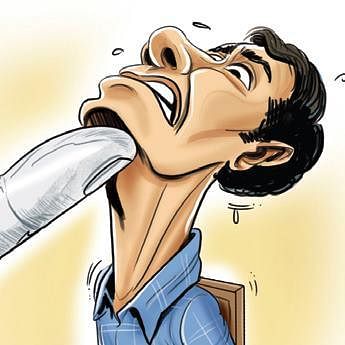 This came after the commission heard a petition filed by Ragging Free Campus Abhiyan (RFCA) convenor Tejeswar Parida. The notices direct the institutions to submit reports stating measures that have been taken against the students involved in the act.

On March 28, two second year students of VSSUT were ragged with severe physical and mental torture allegedly by fourth year students who were suspected to be under the influence of alcohol and ganja. The victims reported the incident to the VSSUT authorities the same day and an investigation was launched into the matter.

Similarly, on March 31, four junior girl students of OMCHR were ragged by some seniors involving verbal and sexual harassment. This incident was reported to the national anti-ragging helpline the next day after which the authorities started a probe.

Earlier, OHRC has issued notice to Registrar, VIMSAR over ragging on March 11 in which a fine of Rs 54,000 was slapped on 18 students allegedly involved in the ragging incident. The hearing on all three petitions will  be held on April 26.