CHENNAI: Top leaders of AIADMK, including Chief Minister O Panneerselvam, continued to persuade late chief minister J Jayalalithaa’s close aide VK Sasikala to take up the mantle to lead the party. Panneerselvam led several of his Cabinet colleagues to  Poes Garden to urge Sasikala to accept the post of general secretary of AIADMK. 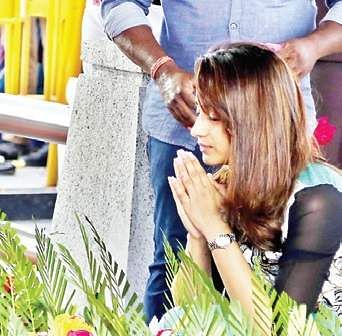 Former ministers Senthamilan and KT Pachaimal and scores of party leaders tonsured their heads at the burial place of Jayalalithaa before visiting Sasikala to persuade her, AIADMK sources said.

Touted to be a strong contender to the post of Chief Minister earlier, Dr M Thambidurai, Deputy Speaker of Lok Sabha and Propaganda Secretary of AIADMK, on Sunday said the late Chief Minister Jayalalithaa had, in the past, asked him to take the guidance of Sasikala regarding important decisions.

“Whenever persons like me went to Amma to get directions either during electioneering or during the period when we had to take some important decisions in the party, Puratchi Thalaivi Amma had directed us to consult Chinnamma (Sasikala) and implement them accordingly,” he claimed in a statement. He also stated that Sasikala is the only person who is capable and has the acumen and experience to lead the party.

Meanwhile, entry to visitors in the Poes Garden, the popular residence of Jayalalithaa, was on Sunday restricted, following protests against Sasikala held on the previous day, the sources told.

Party cadre and commoners were stopped on the road/lanes leading to Poes Garden by police men who erected barricades at the entry points.

Visitors continued to surge to the burial place of Jayalalithaa located on the premises of MGR Samadhi on Mareen Beech. Actress Trisha visited the place and paid floral tributes to the late leader, before saying that her loss was ‘inconsolable’.

Music Academy condoled the death of former chief minister Selvi J Jayalalithaa at a meeting held on Sunday in the academy. A press release, shared by N Murali President of the Academy, said the executive committee of the Music Academy expressed its deep sorrow and heartfelt condolences on the sad demise of J Jayalalithaa.

Having been an accomplished artiste in her earlier years, she continued to remain an ardent connoisseur and supporter of the performing arts. It further said that the music academy enjoyed a special place in her heart and she inaugurated two of its famed annual music festivals in 1991 and 2012.