Personal jet packs have made an entry into the city. 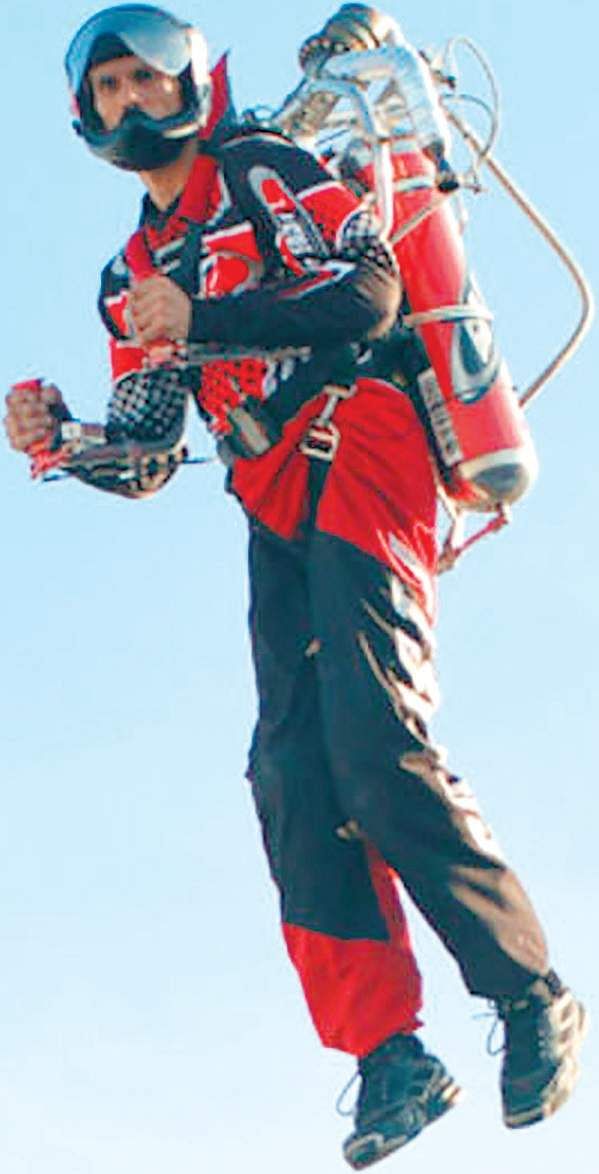 COIMBATORE:Personal jet packs have made an entry into the city. A private organisation has released a product, which when worn on the back, propels people into the air and enables them to fly short distances. But clearances are awaited from government departments.

Referring to it as the country’s first human flight pilots while addressing reporters on Wednesday, Vijay Shah, chief executive officer, Vishnu Engineering, says that using the jet pack, a person can fly up to the height of 18,000 ft for an hour within a range of 100 km per hour. The jet packs can help manage disasters, are especially useful for fire fighters and defence personnel, and are cost-effective than helicopters, he says.
The product runs on diesel, has a fuel capacity of 35 liters, has two turbo engines, a buoyancy system to help balance while landing in water without submerging and Vertical Take Off and Landing (VTOL) technology, which enables vertical landing, he says and adds that it sends alerts when an engine fails or there is shortage of fuel. A person weighing up to 100 kg can travel with the jet packs and there is an attached parachute in case of the product failure.
He explains that the company, which purchases the products, will be under complete surveillance to ensure that the product is used for the purpose of purchase, else action will be taken against them.