From ice cream to gourmet cuisine around the world, vanilla rules the roost.

COIMBATORE: From ice cream to gourmet cuisine around the world, vanilla rules the roost. There is very little Western cooking, and, increasingly, Indian too, that gets by without this much-favoured spice. What if you were told that the vanilla essence sitting in your kitchen cupboard was not made from real beans? Would you believe it if you were told that the relatively cheaper imitation and synthetic vanilla extract has nearly wiped out the domestic market of the organic variety in the country? Well, that’s the truth.

Tessy Joseph, an organic vanilla farmer near Udumalpet, says the business is like the lottery. A good demand for the product and certain awareness of the trade could bring in good rates to match the investment and cost of labour, she explains.
Last year, green vanilla bean was being sold for as low as `140 per kilo. Now, according to Tessa, the price of green vanilla beans is around `3,000-4,500 per kilo, while dried and processed beans are sold for `20,000-25,000, depending on the quality and length of the beans. Disease-free vines also fetch a decent price. 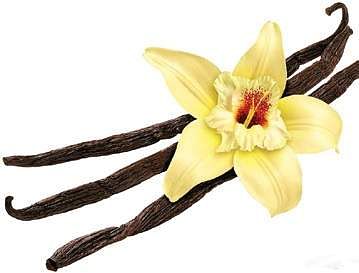 This rise is price is attributed to the natural calamity that hit the largest vanilla producer in the world, Madagascar. The Sava region, which produces half of the world’s vanilla, was one of those badly hit by the Cyclone Enawo in March, 2017.

With predictions of bad harvests in the island nation, India is up for competition in the global vanilla market. Lesser availability of the product has pushed the prices up too.

R Mahendran, a vanilla enthusiast and entrepreneur in Pollachi, explains, “Price of vanilla in the international markets has gone over $600 per kilo. The price in India has matches the trend too. However, when Madagascar recovers from the calamity, the prices are bound to fall again. Just as it happened after the good export period of 2005-2008.”

Madagascar saw one of the deadliest cyclones in the South-West Indian Ocean that hit a major part of its vanilla crops. This subsequently led to the rise in price of vanilla beans. Indian vanilla farmers, mainly those in Kerala, Karnataka and Tamil Nadu (along the Western Ghats) enjoyed a few good years of trade, producing as much as 2,000 tonnes of beans per year. However, after trade picked up in Madagascar, India’s production fell to as low as 150 tonnes a year. With this new rise in demand for the product, production has once again increased to 400 tonnes.

Mahendran explains that the lack of buyers dissuaded farmers from cultivating vanilla through the lean years. “Buyers bought vanilla beans primarily for export. When Madagascar beans hit the market again, the demand from our farmers plummeted,” he points out.
Awareness about the harmful effects of the synthetic vanilla can help the domestic market move towards the organic one, says Mahendran.

“Our industries have primarily been using synthetic vanilla; hence, there is no demand for the real one in the domestic market. We should create awareness about the health benefits of using original vanilla than the synthetic ones which are created from petrochemicals,” he cautions.
A coal-tar derivative or a by-product of the paper industry are some of the popular alternatives for natural vanilla in your imitation essence. Needless to say, they are not ingredients you would want in your food.

Besides, lack of awareness of the labour-intensive cultivation and little expertise in its processing, which is akin to wine making, are also reasons we rely on exports to bring in the business, adds Mahendran. That’s is why he started his own processing plant - to provide the alternative, organic vanilla, for the masses.